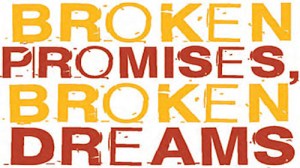 What are the chances of anything good happening to the Palestinians after this latest carnage? Was their torment addressed on previous occasions? Were the wrongs against them righted?

When Israel “disengaged” from Gaza in September 2005 (i.e. pulled out its ground troops and squatters) it signed an Agreement on Movement intended to maintain and develop Gaza’s economy and set the scene for a viable Palestinian state in the West Bank and Gaza.The agreement was drawn up by the US, sponsored by the Quartet and launched by Condoleezza Rice, the US secretary of state at the time, and Javier Solana, the European Union High Representative, in Jerusalem on 15 November 2005.

Rice spoke about how the Israeli withdrawal returned control of that territory to the Palestinian people and how the EU would play an important role in implementing the plans.

Commitments Israel and the US never intended to meet

This agreement is intended to give the Palestinian people freedom to move, to trade, to live ordinary lives. The agreement covers six topics.

First, for the first time since 1967, Palestinians will gain control over entry and exit from their territory. This will be through an international crossing at Rafah, whose target opening date is 25 November.

Second, Israel and the Palestinians will upgrade and expand other crossings for people and cargo between Israel, Gaza and the West Bank. This is especially important now because Israel has committed itself to allow the urgent export of this season’s agricultural produce from Gaza.

Third, Palestinians will be able to move between Gaza and the West Bank; specifically, bus convoys are to begin about a month from now and truck convoys are to start a month after that.

Fourth, the parties will reduce obstacles to movement within the West Bank. It has been agreed that by the end of the year the United States and Israel will complete work to lift these obstacles and develop a plan to reduce them.

Fifth, construction of a Palestinian seaport can begin. The Rafah model will provide a basis for planned operations.

Sixth, the parties agree on the importance of the airport. Israel recognizes that the Palestinian Authority will want to resume construction on the airport. I am encouraging Israel to consider allowing construction to resume as this agreement is successfully implemented – construction that could, for instance, be limited to non-aviation elements.

She added that Prime Minister Sharon and President Mahmoud Abbas “have shown real statesmanship in making the decisions that led to this agreement”. (See more here.)

Pure bollox, of course. Airport? Seaport? Controlling who comes and goes in their own territory? Bus and truck convoys between Gaza and the West Bank? That’ll be the day!

The mighty international community allowed Israel to continue occupying Gaza’s airspace and coastal waters, seal the exits and slap on an ever-tighter blockade just because the Zionist regime didn’t like the result of the 2006 democratic election won by Hamas.

When Israel says “disengage” it doesn’t mean disengage at all. Quite the opposite. It did not return control to the Palestinians. The mighty international community allowed Israel to continue occupying Gaza’s airspace and coastal waters, seal the exits and slap on an ever-tighter blockade just because the Zionist regime didn’t like the result of the 2006 democratic election won by Hamas. It liked it even less when a US/Israel-backed coup by Hamas’s rival, Fatah, was thwarted and Hamas booted Fatah out of Gaza.

Then, in June 2008 Egypt brokered another deal to end hostilities and the blockade, but there was still no easing up after four and a half months. On 4 November, an Israeli incursion killed seven members of Hamas. That was the end of the deal, and Operation Cast Lead began shortly afterwards.

Having pulverised Gaza over Christmas and the New Year, and slaughtered 1,400 Palestinians in the process, including 391 women and children, Israel declared its military objectives met and called a unilateral ceasefire. Hamas and other Gaza militias said they would stop launching rockets for a week, during which Israel would have to withdraw its forces, lift the blockade and open the crossings for humanitarian aid, food and other necessities.

Egypt brokered talks between Israel and Hamas in an attempt to turn the ceasefire into something more permanent. But Israel pressed Egypt to stop weapons smuggling into Gaza. Egypt, however, was not keen to have UN troops on the Egypt/Gaza border or British, French and German warships patrolling Gaza’s coast to prevent smuggling by sea. Obama sent George Marshall to talk to both sides but Marshall chose to speak to the Palestinian Authority rather than Hamas. Meanwhile, Israel refused to lift the blockade until the captured soldier, Gilad Shalit, was freed. Hamas said it wanted 1,400 Palestinian prisoners released in return and such negotiations kept separate from the ceasefire. And so the bickering went on.

How refreshing it would be, for a change, to see a gun to Netanyahu’s head: end the blockade, quit Palestinian territory, respect the UN Charter, or face stiff sanctions.

Israel’s next military offensive against Gaza, in November 2012 (Operation Pillar of Cloud), began with the assassination of Ahmad Jaabari, the commander of the military wing of Hamas whom Israel knew to be a key player in ongoing negotiations for a long-term truce. In this offensive Israel killed another 170 Palestinians in Gaza, including 50 women and children.

It ended with an agreement in which Israel promised to cease military incursions into Gaza by land, sea and air, cease the targeting of individuals, and “open the crossings and facilitate the movement of people and transfer of goods, and refrain from restricting residents’ free movement and targeting residents in border areas”. It fulfilled none of these things.

For a good overview of Israel’s failure to honour truce terms, I recommend David Morrison’s article, “Will Israel implement an agreement with Hamas? History suggests NO”.

So what is the point of “negotiating” new terms when all the previous ones have been ignored, broken and/or never implemented? Why are the same old peace brokers and sponsors involved when they’ve repeatedly shown themselves to be utterly useless at following through?

They fail deliberately, and we must assume the great powers like it that way. So here we are again, with the same untrustworthy crowd pissing on the latest ceasefire. How refreshing it would be, for a change, to see a gun to Netanyahu’s head: end the blockade, quit Palestinian territory, respect the UN Charter, or face stiff sanctions.

The heart of the Earth beats in Gaza now. It bleeds, but it beats.

The Palestinian people’s resistance in Gaza today is admirable, it is fair and it is a struggle for all of us. We do not want a world where raw power can be abused, to kill those who struggle for justice.