An Open Letter to Lauren Booth 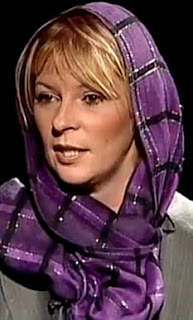 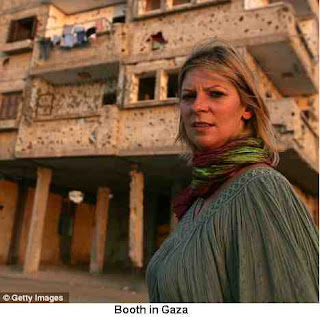 It was, unfortunately, not a surprise that Lauren Booth, whose main claim to fame is her sister-in-law Cherie Booth’s marriage to war criminal Tony Blair, has come out as a supporter of Gilad Atzmon.
In a report in the Palestine Telegraph of 6th may 20 11 ‘jewishness’, scare tactics and a sense of humour.’ she presented him as a simple supporter of Palestinian rights who has stumbled on the secret of the Palestinian catastrophe – ‘Jewishness’. Quite what one does with this nugget of gold is never revealed. True Booth has converted to Islam, but religious adherents have the odd intellectual amongst their ranks.
It is of course understandable that each national liberation struggle has its own unique features and that of the Palestinians is no exception, but they also have certain things in common, like an oppressor and oppressed. Now if the Palestinians were unique in having been expelled, if Israel was unique in being an apartheid state, if the massacre of indigenous people were patented in Israel, then maybe, just maybe there would be a half justification for the concept that ‘Jewishness’ is to blame.
But of course the history of imperialism is littered with examples. such as South Africa, the United States, Australia and Ireland of settler colonial states. Other examples of straightforward colonisation – Malaya, Kenya, Nigeria, India – where massacre and atrocity were the norm should demonstrate that focussing on the racial characteristics of the invader and settler, as opposed to the socio-economic reasons behind what happened – is the explanation of those without any explanation.
But clearly Lauren Booth, despite her religious conversion (a trait that she shares with Blair) thinks differently.
Tony Greenstein