This clip is a comprehensive look at the silencing, by Zionists, of free discussion about Israel and Zionism on American campuses.
Being just talking heads, it’s not great television, particularly since the heads here say very little we haven’t heard before.
Anyway, my personal experience of being silenced has come far more from anti-Zionist Jews than from Zionist Jews (who, surprisingly, I’ve  often found quite open to debate)
Still, it gives me an excuse to repost “Mario Savio and the Palestinian people” from a year or so back, which includes that legendary and unforgettable clip of Mario Savio at Berkeley campus in 1964


Mario Savio and the Palestinian people 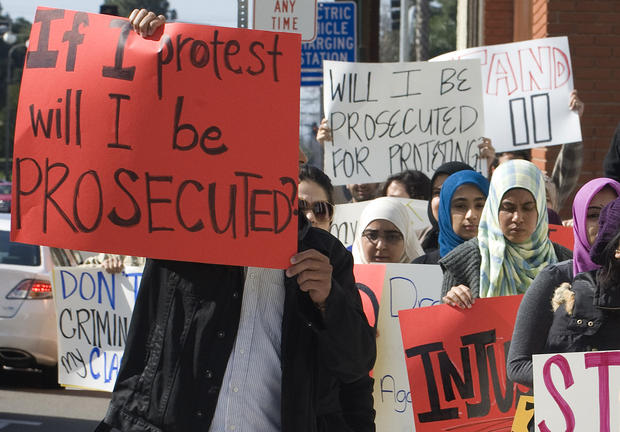 A lawsuit over, yes you guessed it, anti-Semitism has been dismissed. On December 22 US District judge Richard Seborg threw out the claim that the University of California had allowed an “anti-Semitic climate” to develop.
The complaint, made by Jessica Felber and Brian Maiss, both members of the university’s Zionist student organization Tikvah, (it means ‘hope’ would you believe) was that Palestinian solidarity students “threaten and endanger the health and safety of the University of California’s Jewish Students.”
The flashpoint of the claim was that a pro-Palestinian student rammed Jessica Felber with a shopping cart on the campus’ well-known protest area, Sproul Plaza, during “Israeli Peace and Diversity Week.”
Well, I don’t know if Ms Felber was rammed with a shopping cart but if she was, she probably had it coming. An “Israeli Peace and Diversity Week” would drive anyone to violence and I’m sure that the Tikvah attack-dogs are every bit as horrible as our own well-orchestrated and Israeli-embassy funded Union of Jewish Students (UJS) that make the lives of Palestinian and Muslim students such a misery in this country. 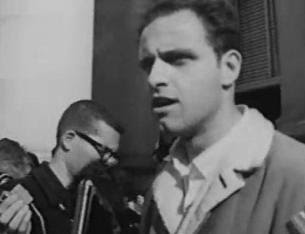 But the real point for me is that the incident took place at the Sproul Plaza and, being an old sixties geezer, this really set the bells ringing. Because it was in that self-same Sproul Plaza, nearly 50 years ago on December 2nd 1964 that Mario Savio delivered his famous ‘You’ve got to put your bodies upon the gears” speech. That was about free speech too – and you can watch it below . 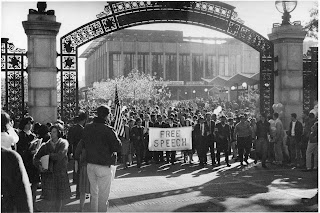