The FBI and the CIA admit they spied on countless emails and phone calls of private U.S. citizens. 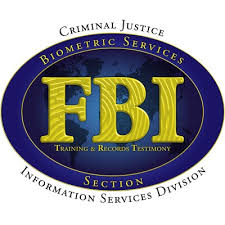 (Photo: o.maloteau/Flickr/Creative Commons)The FBI and the CIA conducted an untold amount of warrantless “backdoor searches” on thousands of private American citizens, according to an internal document (PDF) released Monday by the Office of the Director of National Intelligence.

The document was released to leaders of the Senate Intelligence Committee following a request by Sen. Ron Wyden (D-Ore.) who expressed specific concern over the agency’s use of the government’s mass surveillance apparatus, which he has called unnecessary and overly intrusive.

The ODNI document revealed that the CIA carried out nearly 1,900 warrantless searches in 2013. The FBI, however, confirmed it does not track the number of queries it conducts and could only say that it was a “substantial” amount.

“When the FBI says it conducts a substantial amount of searches and it has no idea of what that number is, it shows how flawed this system is and the consequences of inadequate oversight,” Wyden said in response to agency’s statement. “The findings […] raise questions about whether the FBI is exercising any internal controls over the use of backdoor searches including who and how many government employees can access the personal data of individual Americans.”

Senate Intelligence Committee aides told the Washington Post in November that there have only been a “small number” of queries each year. As independent journalist Marcy Wheelerwrote on the issue, “[It’s] a damn good thing Ron Wyden asked for and insisted on getting an answer to his question of how common these backdoor searches are… Because the key people who are supposed to oversee them are either ignorant or lying about them.”

The CIA and FBI have joined the NSA in using Section 702 of the Foreign Intelligence Surveillance Act (FISA) to gather information about individual U.S. citizens by spying on their emails, telephone calls, and other wireless communications.

According to the document, the FBI, which is a domestic organization, “does not distinguish between U.S. and non-U.S. persons for purposes of querying Section 702 collection,” and keeps the information on citizens and foreigners in the same database.

The CIA similarly side-stepped its agency mission by using FISA to acquire metadata on American citizens — information such as who is communicating with whom, where, and for how long. The CIA does not track its metadata-only inquiries on U.S. persons.

ODNI held that the searches did not violate any laws. The office’s legislative affairs director Deirdre M. Walsh stated that the queries were “lawful, limited in scope, and subject to oversight,” and that the Intelligence Community at large is not conducting “backdoor searches” on private citizens.

Earlier this year, the Foreign Intelligence Surveillance Court (FISC) renewed the government’s request for authority to continue collecting metadata in bulk. The most recent request was renewed on June 19, one day before the House of Representatives voted to bar the NSA from conducting warrantless searches.

Wyden stated that, according to records from FISC, the NSA has intercepted more than 250 million wireless communications every year through Section 702.