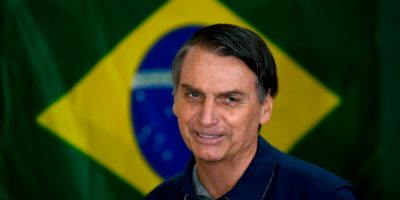 Democracy in Brazil Is Not Just About Voting. Bolsonaro, “The Tropical Trump”

He’s pro-hardline governance, pro-dictatorial rule, pro-free-market predation, pro-neoliberal harshness, pro-gun, pro-torture, anti-populist, anti-equity and justice for all Brazilians.
According to historian Pablo Meriguet, he represents the “extremely dangerous for democratic processes…extreme right,” adding:
His economic agenda is likely to be “aggressiv(ely)” neoliberal without neoliberal ethics…an absolutely repressive state to benefit the most powerful layers” at the expense of ordinary Brazilians.
His elevation to power “means the consolidation of a new political model in which the usage of hatred and fear are paramount in order to generate political support…”
Governing this way “could cause a very serious crisis in Brazil. (He’s) openly intolerant, and that can have very serious repercussions” in a nation already hugely unequal.
His extremist rule risks potentially serious consequences. “I mean real dangers of war,” said Meriguet.
Sunday turnout barely over 70%, almost 29% of eligible Brazilians not voting or their ballots were marked null.
Dubbed a “Brazilian Trump” or a “Tropical Trump” by some media sources, he called America’s president his inspiration.
He’s pro-Israel, anti-Palestinian, promising to move Brazil’s  embassy in Israel to Jerusalem, along with and shutting down the PLO office in Brazil.
Trump congratulated him on his triumph, promising to work closely with him, according to White House press secretary Sarah Sanders.
“We are going to change the destiny of Brazil,” he vowed – to the detriment of the vast majority of its people.