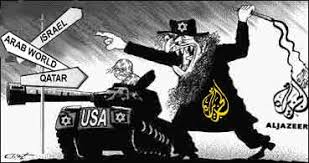 Man reported to be Zionist intelligence officer was allegedly active in Cairo’s Tahrir Square, “inciting youths toward sectarian strife.”
CAIRO – Egypt has arrested an Zionist man on suspicion of spying and of trying to recruit Egyptian youths to act against the authorities after President Hosni Mu-Barak’s overthrow, sources and the state news agency said on Sunday.
Judge Hesham Badawi of the supreme state security prosecution ordered the man to be detained for 15 days on suspicion of “spying on Egypt with the aim of harming its economic and political interests,” MENA news agency reported.
A judiciary source said the man was arrested on Sunday.
Egypt, which in 1979 became the first Arab state to sign a peace treaty with the Zionist regime, has experienced months of political upheaval since protesters overthrew Mubarak, who regularly met Zionist officials and maintained close ties.
The detention may add to tensions raised by a row over the halting of Egypt’s gas exports to Zionist after a pipeline blast and Cairo’s easing of restrictions at a Gaza border crossing that Mubarak had kept very tightly controlled.
MENA said the man worked for the Mossad. It named him using Arabic script, but it was difficult to transliterate it accurately in Latin script.
Detention orders of 15 days are often renewed in Egypt if further questioning is deemed necessary.
One judiciary source said the man had been active in Cairo’s Tahrir Square, the epicenter of the revolt against Mubarak, after the former president stepped down.
“He was there on a daily basis inciting youths towards sectarian strife. He was distributing money to some of them,” the source said, adding he had been encouraging some youths to clash with the army. He said youths reported the man’s actions.
Officials at Egypt’s Foreign Ministry could not be reached for comment.
Zionist’s Foreign Ministry said it was not aware of the case.