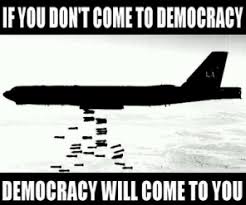 – AMBASSADOR: “THE IMPERIALIST MANOUEVRES TO ISOLATE AND STRANGLE THE DPRK ARE ON THE INCREASE” –

“Human rights is really the genuine right of the people to lead their lives in political freedom. Is there political freedom in the United States and other capitalist countries? In socialist countries like DPR Korea and Cuba, all the government’s policies are oriented towards serving the people. But our enemies want to present a picture to the world as if the DPRK and Cuba are the ones where people have no rights.”

A public meeting to refute the spurious ‘human rights’ attacks against the DPR Korea, and to mark the third anniversary of the death of Comrade Kim Jong Il. The DPRK’s ambassador to Britain will be our guest.

Human rights: DPRK vs USA
The farcical sight of the world’s most brutal oppressors and warmongers taking a peaceful socialist country to task for ‘human rights abuses’ may yet backfire on the crazed authors of the latest UN resolution against people’s Korea.

Solidarity with the Democratic People’s Republic of Korea
This congress calls upon US imperialism to lift all sanctions against the DPRK, to stop the practice of holding aggressive military exercises in the vicinity of the Korean peninsula, and to abandon its efforts at bringing about regime change in the DPRK.

Anti-DPRK propaganda war — a cavalcade of comedy
People living in western Europe and North America are bombarded with stories about north Korea — often centred around rumour, mysterious ‘intelligence’ sources, or the south Korean and US governments.

This film tells the story of the Israel, and the Palestine, we never see. Independent journalist and author Kerry-Anne Mendoza travelled to Israel and Gaza during the height of the most recent Gaza massacre. Here she brings you stories from the heart of the matter. Kerry-Anne will be holding a live Q&A session after the screening.

Why did the Soviet Union fall?

Was socialism in the USSR really a failure? What does the Soviet experience mean for us today in the fight against capitalist imperialism? Presentation by Harpal Brar to the Stalin Society, followed by discussion.