What Really Happened During the Talks 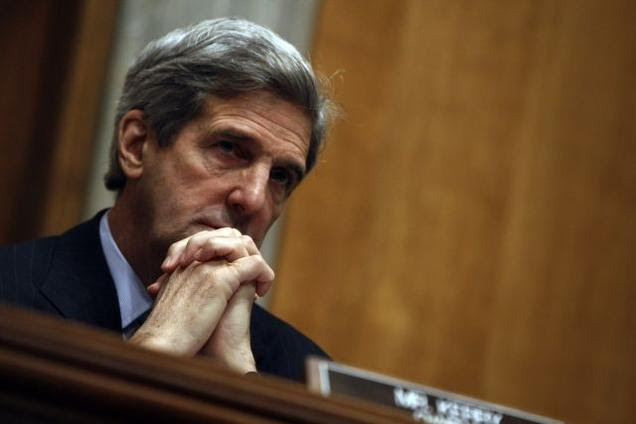 There was a mad scramble by Washington last week to prevent the seemingly inevitable – an implosion of the Middle East peace talks. In a last-ditch effort to stop Israel reneging on a promise to release a final batch of Palestinian prisoners, the US briefly threw in possibly the biggest bargaining chip in its hand: the release of Israeli spy Jonathan Pollard.
With Israel still dragging its feet, an infuriated Palestinian president Mahmoud Abbas submitted applications to join 15 United Nations conventions, thereby reviving a campaign to win international recognition of Palestinian statehood.
Although Washington will continue quietly arm-twisting the two sides a little longer, President Barack Obama is reported to be worried that US diplomacy is starting to appear “desperate”.
The negotiations’ failure could prove an important clarifying moment, signalling the effective demise of the two-state solution.
Both the US and Israel have come to rely on the endless theatrics of the two-decade peace process. Settlement freezes, prisoner releases, rows about Palestinian Authority funding and, of course, intermittent negotiations have served as useful distractions from the main developments on the ground.
As Bassem Khoury, a former Palestinian Authority minister, observed last week: “Israel hasn’t changed. It is the same colonial entity pursuing the same ethnic cleansing policies it did for decades.”
That was also the little-noticed conclusion reached by Richard Falk as he stepped down last month as the UN’s special rapporteur on human rights in the occupied territories. In line with warnings he has issued in his UN post for the past six years, Falk, a professor emeritus in international law at Princeton University, said Israeli policies were designed to ethnically cleanse Palestinians from the occupied territories, and especially East Jerusalem, the expected capital of any Palestinian state.
Falk noted that Israel had cynically exploited the peace process to expand its settlement programme, as it did again during these past nine months of talks.
In his meeting last month with Obama at the White House, Abbas unveiled a map showing that Israel had approved more than 10,000 settler homes since the talks began. That number has grown further, with Israel unveiling 2,000 more, including 700 last week in the East Jerusalem settlement of Gilo.
For every settler home built, Palestinians lose territory needed not only for a state but also to keep individual families living where they are now. The innocuous term “settlements” conceals their true role: as Israel’s primary vehicle for ethnic cleansing Palestinians through dispossession and harassment.
Washington welcomed Falk’s departure, calling him a “noxious” presence. But his warnings have been echoed by others, including Israeli and Palestinian human rights organisations. Falk’s findings were also confirmed by a usually circumspect group: European Union diplomats. A leaked joint report by EU consulates in the occupied territories observed that ethnic cleansing was advancing at an ever-accelerating pace in East Jerusalem.
The diplomats’ immediate concern is a “conflagration” as Israel’s extreme right is allowed ever greater access to the supremely sensitive site of the Al Aqsa mosque compound in Jerusalem’s Old City.
Pushing to be given prayer rights there, the Israeli right hope they can eventually win from their government a partition of the site, as occurred earlier at the Ibrahimi mosque in Hebron. There, the settlers’ control has effectively turned the once-thriving centre of Hebron into a Palestinian ghost town.
In East Jerusalem, Israel’s ethnic cleansing policies are at their most intense. As the EU notes, Palestinians have been starved of municipal funds, deprived of schools and blocked from commercial activity, and are leaving, heading for the greater security of West Bank cities.
In recent weeks, Palestinians in sections of East Jerusalem have even discovered that, despite its claims to treat Jerusalem as its “unified capital”, Israel has stopped supplying them with water.
Official data provide clues to Israel’s real intentions. This year’s first-quarter figures show that Israel sold more land to settlers for house building in the West Bank and East Jerusalem than it did for construction inside Israel itself. West Bank construction has more than doubled over the same period last year.
Last week a Knesset committee effectively stymied efforts to force the government to disclose how much it is spending on settlement construction. Nonetheless, left wing legislators managed to extract partial treasury figures showing that the settlement budget has increased by at least $143 million over the past six months, during the height of talks with the Palestinians.
In another sign of how Israel has been entrenching the settlements while paying lip-service to a peace process, the Israeli media revealed that 24 major infrastructure projects had been approved for the West Bank. They include more than $57 million for new settler roads and the first planned train service linking the settlements to Israel.
Israeli dispossession policies are not limited to the occupied territories. Foreign minister Avigodor Lieberman’s plan to redraw the borders to strip part of Israel’s large Palestinian minority of its citizenship received a major fillip last month. For the first time government lawyers rejected the opinion of international law experts and gave their blessing to what the liberal Haaretz daily called Lieberman’s programme of “ethnic cleansing” of its own citizens.
If negotiations collapse, it should be clear that, while both sides were supposed to be talking, one side – Israel – was vigorously and unilaterally acting to further its goals.
It now seems the Palestinian leadership will respond in kind, by pushing their bid for statehood at the UN. Israel has already threatened “punitive measures”, meaning things are likely to turn yet uglier. But the era of wishful thinking may finally be coming to an end – and that will be progress in itself.