The conflict over Iron Dome funding in congress is undeniably a result of the Unity Intifada and the global solidarity it engendered with Palestinians. 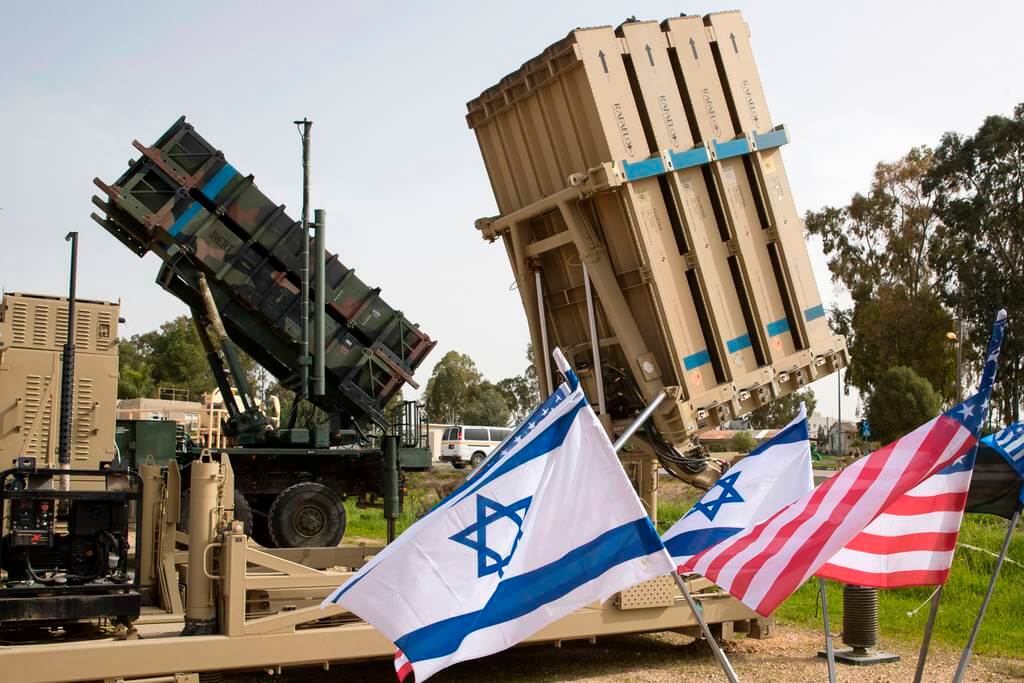 On September 23, the US Congress passed bipartisan legislation to allot $1 billion to restock the Iron Dome, Israel’s air defense system. Financing for this would be added to the pre-existing $3.3 billion in Foreign Military Financing (FMF) that the US is scheduled to send to Israel in 2021. This effectively puts the total of FMF to Israel in 2021 at $4.3 billion, excluding the additional $500 million for joint US-Israeli research, development, and deployment of missile defense systems.

The funding the Israeli regime receives from the US is directly linked to the state-sponsored violence it practices against Palestinians. In May 2021, when the Palestinian Unity Intifada erupted following the Israeli regime’s ethnic cleansing of Palestinians in Sheikh Jarrah, its attack on worshipers in the Aqsa mosque complex, and its vicious assault on Gaza, the Carnegie Endowment for International Peace reported that, “Israel receives more FMF than all other countries in the world combined.” In the 2021 fiscal year alone, former US president Donald Trump’s administration initially requested $3.3 billion in FMF for Israel, constituting 59% of the requested global FMF budget. In the upcoming 2022 fiscal year, the Biden administration has requested to replicate it.

Since 2001, Israel has received over $63 billion in security assistance from the US, with over 90% of it funded by the State Department’s FMF program. The FMF, which is commonly known as “the blank check” to Israel, is funded by US tax dollars and comes in the form of weapons grants. The commitment to this level of funding was specifically instituted through a 10-year Memorandum of Understanding, signed during former US president Barack Obama’s administration. And importantly, the funds are connected to larger weapons deals in the region, instituted by former US president Donald Trump as part of the Abraham Accords. Indeed, normalization agreements between Israel, Bahrain, and the United Arab Emirates are fundamentally first-rate weapons deals. Yet every US administration since the memorandum has failed to condemn Israel’s settler-colonial expansionism and its war crimes against Palestinians in Gaza.

Despite the ongoing financing of Israel’s war machine, the US’ long-standing commitment to militarily backing Israel is layered with new considerations in light of recent developments in Palestine, the US, and beyond. The Unity Intifada has garnered Palestinians unprecedented support from activists and policymakers across the world, and even in the halls of Capitol Hill. Palestinian mobilizations across colonized Palestine — from Gaza to Lydd to Jerusalem to Nablus — unified Palestinians across multiple fronts of society, and in spite of their geographic fragmentation, to push back against ethnic cleansing, settler-colonial violence, and apartheid.

In the US, many are increasingly realizing that their tax dollars are directly contributing to the onslaught against Palestinians. Indeed, public opinion is shifting and US residents and the global community are demanding accountability. Grassroots movements of Palestine supporters have taken to the streets across all major US cities, calling out the grotesque imbalance of power and exposing the stale “peace” discourses that distract from real Israeli military aggression. Social media campaigns have critiqued the US’ direct contribution to the onslaught against Palestinians and have demanded political representatives do something about it. Campaigns like #DivestfromDeath and initiatives like #GazaisPalestine are highlighting the ongoing siege and isolation of Palestinians in Gaza, and linking US military aid to Israeli violence against Palestinians.

These efforts have impacted the political will on Capitol Hill and have brought progressive Democrats to make presentations in Congress in support of Palestinians. During the week in which the $1 billion Iron Dome provision was introduced in Congress, progressive democrats made an uproar. On Tuesday, September 21, when the provision was added to unrelated legislation meant to forestall the possibility of a US government shutdown with emergency funds, progressive democrats immediately removed it. While supporters of the provision managed to subsequently pass it as a standalone bill, its immediate removal was unprecedented.

More recently, on September 30, Republican senator Rand Paul temporarily blocked the passage of the bill, the only representative to do so. Paul, a long-time opponent of US foreign aid, but a supporter of Israel with a history of Islamophobia, refused to “hotline” the bill, which would significantly expedite the transfer of the funds to Israel. Senator Bernie Sanders, on the other hand, opted to support the bill in exchange for a pledge for paralleled aid to Gaza. But positive investment cannot reverse the deleterious effects of active occupation and siege. The only acceptable action is to boycott and block the Iron Dome bill.

While the bill is expected to pass, it is undeniable that it is controversial and is causing conflict in Washington. This conflict is undeniably a result of the Unity Intifada and the global solidarity it engendered with Palestinians. While Washington will remain committed to supporting Israel’s ongoing colonial expansion, organizers in the US must continue to mobilize and to stress the clear intersections between expanding systems of militarized policing, colonial violence, war, and racism in the US and Israel.

In order to effectively harness this energy, we must continue to organize and pressure US policymakers to restrict, condition, and halt military aid to Israel and other states who commit human rights atrocities and who violate international law. This includes sanctioning and divesting from companies and entities involved in the arms sales and in the ongoing oppression of Palestinians, including through supporting campaigns against war profiteers and their contracts in our home states and cities. As we come to the end of 2021, it is important that we seize the opportunity to disrupt the business as usual of unbridled US military support for Israel.