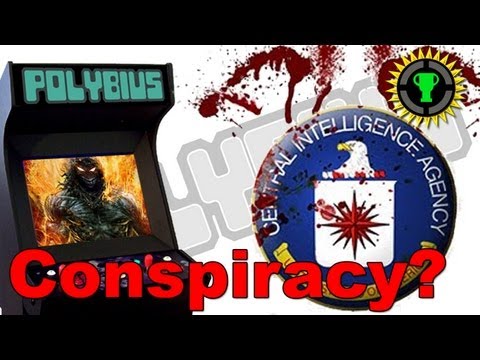 It is now an undisputed fact that the Western democratic values and the so-called “freedom of speech” that have been heralded for a long time as the principal achievements of the Western world are nothing but empty slogans. This is evidenced by the latest resolution of the European Parliament on countering Russia’s media influence dubbed the “EU strategic communications with a view to counteracting propaganda.” This document was initiated by a Polish member of the European Parliament, Anna Fotyga who claims that Russia has been providing financial support to opposition political parties and organizations in the EU, thereby undermining the unity of its states.

It is noteworthy that the authors behind this document are speaking about the necessity of media pluralism and freedom of information, while introducing a form of censorship against all Russian media sources.

At the same time those behind this curious paper advocate the revocation of Article 55 of Chapter IX of the UN Charter, which demands a universal respect and observance of human rights and fundamental freedoms for everyone, regardless of their race, sex, language or religion, including the rights to freedom of expression.

It’s curious that delusional witch hunts and the suppression of alternative media sources have recently become one of the principal attributes of European politics. This is clearly shown by the report that has been presented by Dr Andrew Foxall, the Director of the Russia Studies Centre at The Henry Jackson Society, that advocates the notion that activists, journalists, and politicians should point out the pro-Russian connections of individuals and parties across the political spectrum and challenge the credibility of these entities via political debates, while personal and organizational connections of left- and right-wing politicians and parties and their Russian counterparts should be mapped across Europe.

It’s curious that Dr Marcus Papadopoulos, the editor in chief of Politics First has been outraged by the above mentioned report, calling it manifestation of a modern form of McCarthyism. Papadopoulos is convinced that this is nothing but a slap in the face of freedom of speech and a rather stupid attempt to try to silence those who disagree with with the UK government.

It’s curious that UK politicians are convinced they can call “idiots” anybody who disagrees with their position.

Moreover, the “Foxall’s proclamation” was released on the eve of the discussion of the EU strategic communications with a view to counteracting propaganda in the EU parliament and has become a sort of foundation for this document.

This means that Operation Mockingbird which was launched by the CIA in the 1950s hasn’t been discontinued and is now being implemented in the EU. If you take a look at the rapidly growing funding of the European corporate media sources, it becomes obvious that America’s loyal puppets have been busy producing disinformation on a massive scale. Every day we witness new articles being published that have nothing in common with reality, yet no amount of evidence can force those corporate media sources to confess that they’ve been deliberately lying.

Just take a look at the role Western media played in the Ukrainian crisis, where Russia’s position is just being ignored by every single Western journal and newspaper. Yet, the fact that Russia hasn’t been preparing any sort of occupation of Ukraine has been proven by France’s military intelligence, General Christophe Gomart in the speech he delivered in front of the French National Assembly. Yet, his report was just ignored.

It must be clearly understood that a web of deception is always being created by the CIA in those regions and in those periods when specific Washington’s actions may become the cause of serious criticism and may lead to the manifestation of one’s independence from the United States. For this purpose, the White House annually allocates billions of dollars to the National Endowment for Democracy, USAID, the CIA and countless NGOs to spread disinformation. However, such steps are not causing alarm among European politicians, that are subjecting their people to vassal dependency on Washington and its position.

Back in 2011 the Guardian reported:

The US military is developing software that will let it secretly manipulate social media sites by using fake online personas to influence internet conversations and spread pro-American propaganda.

A Californian corporation has been awarded a contract with United States Central Command (Centcom), which oversees US armed operations in the Middle East and Central Asia, to develop what is described as an “online persona management service” that will allow one US serviceman or woman to control up to 10 separate identities based all over the world. The multiple persona contract is thought to have been awarded as part of a programme called Operation Earnest Voice (OEV), which was first developed in Iraq as a psychological warfare weapon against the online presence of al-Qaida supporters and others ranged against coalition forces. Since then, OEV is reported to have expanded into a $200m programme and is thought to have been used against jihadists across Pakistan, Afghanistan and the Middle East.

Today we can witness the direct result of this program on most European forums, where those dissatisfied with their elected officials are being subjected to harassment and trolling. Yes, the delusional notion about the so-called “Russian propaganda” is the talk of the day in the EU, while Washington’s aggressive disinformation campaign is being silently ignored, as if nothing of interest was happening in this domain.