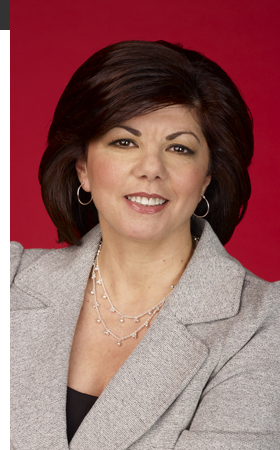 There’s really little to add to Glenn Greenwald’s comprehensive post on the hypocritical firing of (until now, the very safe and non-controversial) CNN Senior Middle East News Editor Octavia Nasr over just one short tweet she posted this weekend:

“Sad to hear of the passing of Sayyed Mohammed Hussein Fadlallah  . . . . One of Hezbollah’s giants I respect a lot.”

Fadlallah was one of the world’s most revered Shia leaders. He was also the religious leader most associated with the political party of US ally Iraqi Prime Minister Nouri al-Maliki. Upon his death, UK ambassador to Lebanon Frances Guy wrote in a piece (which, believe it or not, she has now taken down, presumably due to pressure after the Nasr uproar- on her official blog) called (cached version) The Passing of Decent Men, “When you visited him you could be sure of a real debate, a respectful argument and you knew you would leave his presence feeling a better person.  That for me is the real effect of a true man of religion; leaving an impact on everyone he meets, no matter what their faith…The world needs more men like him willing to reach out across faiths, acknowledging the reality of the modern world and daring to confront old constraints.”
After the Twitter controversy first happened, Nasr wrote a thoughtful explanation. But to no avail.
Greenwald goes on:

That message spawned an intense fit of protest from Far Right outlets, Thought Crime enforcers, and other neocon precincts, and CNN quickly (and characteristically) capitulated to that pressure by firing her.  The network — which has employed a former AIPAC official, Wolf Blitzer, as its primary news anchor for the last 15 years — justified its actions by claiming that Nasr’s “credibility” had been “compromised.”  Within this episode lies several important lessons about media “objectivity” and how the scope of permissible views is enforced.
First, consider which viewpoints cause someone to be fired from The Liberal Media.  Last month, Helen Thomas’ 60-year career as a journalist ended when she expressed the exact view about Jews whichnumerous public figures have expressed (with no consequence or even controversy) about Palestinians.  Just weeks ago, The Washington Post accepted the “resignation” of Dave Weigel because of scorn he heaped on right-wing figures such as Matt Drudge and Rush Limbaugh.  CNN’s Chief News Executive, Eason Jordan, was previously forced to resign after he provoked a right-wing fit of fury over comments he made about the numerous — and obviously disturbing — incidents where the U.S. military had injured or killed journalists in war zones.  NBC fired Peter Arnett for criticizing the U.S. war plan on Iraqi television, which prompted accusations of Treason from the Right.  MSNBC demoted and then fired its rising star Ashleigh Banfield after she criticized American media war coverage for adhering to the Fox model of glorifying U.S. wars; the same network fired its top-rated host, Phil Donahue, due to its fear of being perceived as anti-war; and its former reporter, Jessica Yellin, confessed that journalists were “under enormous pressure from corporate executives” to present the news in a pro-war and pro-Bush manner.

Bottom line-the tectonic plates are shifting.
And yet, with all this movement, in the mainstream media in the US, as Greenwald says, holding the Israeli government narrative is still seen as neutral, while anything even slightly more critical (or, I would argue, more reality-based) is seen as biased. Cross that line, and as journalist Letty Pogrebin calls them, “the Israel right or wrong mafia” won’t hold back in making sure a price is paid. It is shameful that institutions of all kinds capitulate to such threats. It’s only a matter of time, though, before the extremist settler ideology pit bulls are revealed to have nothing in their favor but empty threats.  Meanwhile, bigots can feel safe knowing that they can offer racist platitudes about Arabs and Muslims, celebrate Israeli terrorist attacks on civilians and so forth, and remain good friends to the US, and respected journalists in good standing.
Some must-reads on the incident:
Juan Cole
Stephen Walt
Matt Duss at Think Progress