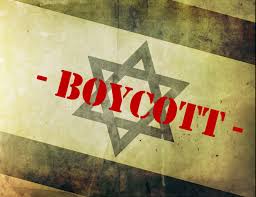 AIPAC has a bunch of “mini-aipacs

I was able to get a Press TV booking to be on The Debate show, which is usually done in the studio unless filling in for a no-show who is stuck in traffic like Ken O’Keefe was several weeks ago, where once I had two minutes notice via a frantic Skype call from PressTV.

To my utter joy, the other guest was none other than Israel’s Uber-US Christian Zionist handler — none other than Richard Hellman himself — trail boss for America’s CZs and founder of CIPAC, which is an offspring of AIPAC. As we did our usual background check on him, we learned he is a Vietnam vet, having been an Army Intel officer. But there the plot thickened.

Educationally, he came up the ranks with a small college history BA, and then his doctorate at Columbia. He went to work for the EPA and into legislative liaison work there, and moving on to working in Congress, first on domestic stuff, but later as a launch pad for “international work”.

He moved on to Israel, where he did environmental work for seven years — something I am sure Israel had no shortage of talent for doing without Mr. Hellman. This long sabbatical to the promised land is when deep cover agents, (and not so deep cover) are trained by Israeli Intelligence. Was Mr. Hellman?

His seven years as an ecology consultant for Jerusalem was when the “cleaning out the Palestinians of East Jerusalem got cranked up, one of Israel’s many “lebensraum” (growing space) horrors.

When he returned to Washington he went to work as Zionist lobbyist and set up his first front corp, Middle East Research Center, Limited (MERCL) in 1985. These are frequently used by Israel to fund Intel operations with tax deductible funding which can can be solicited from pro-Israeli Jews.

Intel orgs can easily arrange funding through the hundreds of foundations they control or are affiliated with. This was a classic misuse of a 501(c)3 org for political lobbying, an epidemic in Washington, without even getting into the political espionage aspects.

AIPAC has Congress smothered, along with the Christian Zionists

After Hellerman proved his mettle, he was handed his big job, to set up a registered lobbyist group for Israel… with an interesting twist.

He used the Christian Zionists as a smokescreen to set up in 1989, the Christians’ Israel Public Action Campaign (CIPAC), a 501(c)4, the only Christian lobby registered with the U. S. Congress on behalf of biblical Israel. Remember that “biblical Israel”; Hellerman thinks it should be for Jews only, and some servants.

Hellerman now had his off election year tax deductible corp to keep the money rolling in for “education”, and then a formal PAC when doing overt political work.

With the Citizens United Supreme Court case, any Israeli friendly criminal organizations, of which there are many like Sheldon Adelson’s outfit and the Russian Oligarchs who hide their loot in Israel, can funnel money into subverting American politics or directly funding Israeli espionage here in the US.

If you look at the Hellerman’s websites- links you see they are boiler plate “place holding” platforms. There is no one visible other than Hellerman. That is also a flashing red light to a counter intelligence officer for an undercover Israeli operation. There are so many in Washington, DC, it would strain the FBI manpower to keep tabs on them all.

So let’s take a look behind the grandfather pose we see from Mr. Hellerman to what he is really about. From Gordon Duff on January 4th :

‘VT’s own background check on Hellman says he holds the rank of Colonel in Israeli Army Intelligence and spent 7 years in Israel dealing with the “Palestinian issue.”  You can read whatever you like into that.

Here in the US, Hellman heads CIPAC, a front for AIPAC tasked with maintaining a US policy in defense of Israeli land grabs, bombing campaigns, war crimes and seizure of Palestinian lands, working closely with the influential Christian Zionist leadership here.

Hellman’s primary task in life is to create a “Jews only” Israel that includes all current territories where no Palestinians are allowed including the West Bank.

Only recently, Hellman, a powerful lobbyist for Israel, went to the US congress asking for American “defunding” of the UN based on their policy of, and this is a Hellman quote, “genocide against Israel.” ‘

You just can’t make this stuff up.

Save Israel – Boycott it to make peace

You can watch this debate on Press TV here.  Our video software really degrades the audio so I prefer the links so you can watch and listen clearly. It is kind of a debate as Hellerman hogged the mic to keep spewing his age old Zionist talking points, and both Marisa the host and I struggled to get a bite of him.

Zionists can be difficult to live with

A political commentator says the world must boycott Israel in order to halt the ongoing crimes by the Tel Aviv regime against Palestinians, Press TV reports.

Jim W. Dean, the managing editor of Veterans Today, said in an interview with Press TV from Atlanta that the international community and the world public must impose “a widespread boycott of Israel.”

The Boycott, Divestment and Sanctions (BDS) campaign has taken some concrete steps to boycott Israeli institutions over the constant crimes against Palestinians, Dean said.

He said a large number of civil society organizations and universities around the world are joining the BDS, as are a number of states.

Commenting on the recent move by Palestinians to join the International Criminal Court (ICC), the analyst said that the Court doesn’t have enough resources to investigate all of the crimes of the Israeli regime.

He suggested that the world public opinion was turning against Israel, which could really deliver a blow to the Tel Aviv regime. The world is waking up to the reality that “Israel has been running crimes against humanity,” Dean said.

Israel has launched three major wars against Gaza since 2008.

During the latest war against the Gaza Strip in summer 2014, Israel used advanced arms and warplanes to kill over 2,000 Palestinians. According to the UN, over 80 percent of the Palestinian fatalities were civilians, including more than 500 children.