Remember to Think, Despite the Blood 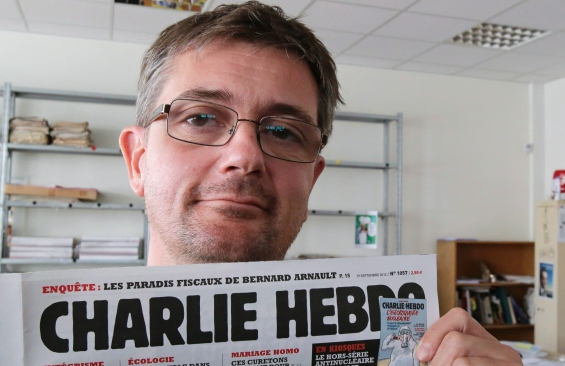 This abominable crime should obviously be condemned firmly. But if we don’t think collectively about what has contributed to making it happen and don’t take action in consequence, then we will not prevent it from happening again.

What is currently getting lost under all the media and political hype, predictably, is the question of the West’s responsibility in the “creation” of these killers. The issue here is not to excuse, but to comprehend. Beyond expressing our compassion for the victims and their families, what we need to do most right now is to try to explain and understand.

The following question should be posed with cold lucidity: How could we imagine for even an instant that we in the West can invade and humiliate country after country (Iraq, Afghanistan, Libya, Syria, etc), close our eyes to the countless “blunders” of NATO, untiringly support Israel and its oppression of the Palestinians, provoke Iran time after time, finance and support “rebels” (jihadists) to destabilize the governments that we don’t like (such as in Syria), and commit countless other crimes in foreign countries, without provoking repercussions on the French soil? I am surprised that such a thing has not occurred earlier (the anti-terrorist services must be working hard).

In this kind of tragic event, it’s necessary to make sure that emotion does not extinguish reflection. To turn around Voltaire’s famous phrase: we owe our considerations to the dead, and we owe only truth to the living. Now more than ever do we in France need to give critical attention to French foreign policy and its submission to the United States and NATO (which are the same thing). Our adhesion to the neo-conservative theory of the “clash of civilizations” — turned explicitly against the Arab-Muslim world — and our participation in illegitimate and immoral wars, must end. The French apathy toward the far-reaching consequences of Western aggressiveness is intolerable. Pacifism, the respect for international law, and anti-imperialism are the best means to prevent any further bloodbaths in France.

As for freedom of speech, it should obviously be vigorously defended… but only as the freedom to express all ideas and opinions, and not simply those that please us or that we’re indifferent to.

What French society owes the victims, beyond bringing the killers to justice as well as their possible order-givers, is rational thinking and just actions that will prevent any more blood from flowing.