A Travesty of Justice in Pakistan 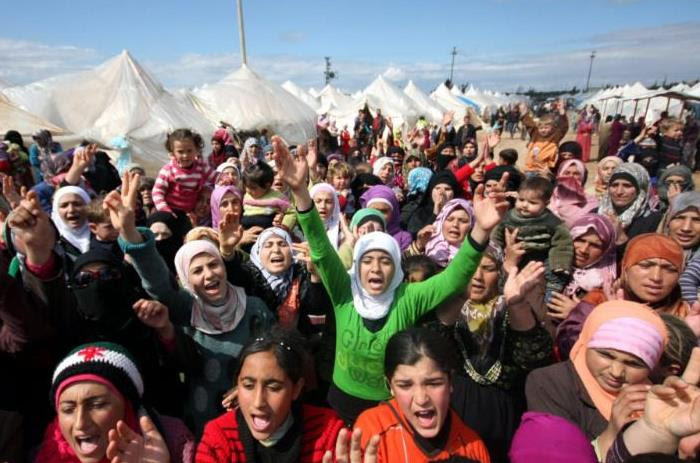 In a span of less than two weeks, in two separate cases, three Christians — a couple and an another unrelated man – were sentenced to death and fined under this draconian provision of the Pakistani Criminal Code. A paralyzed church school worker, Shafqat Masih, and his wife Shagufta, were sentenced for sending text messages against the Holy Prophet. While Sawan Masih, a road sweeper from Lahore, was condemned to death after a friend accused him of making blasphemous remarks during an argument.
Human rights activists are counting on a de facto death penalty moratorium in place since 2008 to keep them from the hangman’s noose. Though Prime Minister Nawaz Sharif has attempted to lift the moratorium.
“This is a travesty of justice,” said David Griffiths, Amnesty International’s Deputy Asia Pacific Director, commenting on the Masih case. Indeed, both cases are not only a travesty of Justice but make a mockery of Islam.
Such cruel and unusual penalties are on the books in far too many Muslim nations. In many instances they are the legacy of colonial rule. A case in point is Pakistan, where the existing blasphemy laws date back to 1860 British laws against insulting religion to keep the peace between religions. These provisions were inherited by Pakistan in the 1947 partition. The laws were expanded and penalties made harsher under General Zia Ul Haq in his 1986 attempts to establish his piety and win support from orthodox religious parties and the masses.
According to Osama Siddique and Zahra Hayat, in addition to creating procedural inadequacies, General Haq’s changes to the inherited laws involved eliminating “any requirement of intent, deliberate or malicious” from various sections despite the fact that proof of intention on the part of the accused to “insult the religion of a class of persons” was a prerequisite to the application of the blasphemy sections.
Since 1987, 247 blasphemy cases have been registered, according to a 2013 report from the Center for Research and Security Studies (CRSS), an independent think tank based in Islamabad. In fact, the Human Rights Commission of Pakistan reports that 34 people were charged with blasphemy in 2013, while 27 were charged in 2012. Nineteen people are now on death row for blasphemy, while another 20 are serving life. Moreover, dozens have died as a result of riots, extra-judicial killings and mob “justice.”
Based on the fact that these are being done in the name of Islam, it would not be illogical to conclude that Islam advocates extensive restrictions on free speech and imposes excessive penalties for blasphemy. A closer look at Islamic jurisprudence and blasphemy reveals a much more nuanced perspective.
There is, of course, strong precedent in the Islamic legal tradition to argue that blasphemous speech targeted at any religion should be restricted, but at the same time there is scholarly consensus around the notion that there is no criminal or worldly sanction mandated. As Intisar Rabb noted, with the exception of Hanafi jurists who expanded the Islamic doctrine of defamation to a new crime of blasphemy, most jurists from all of the other major Sunni and Shi’a schools of jurisprudence refused to classify even intentional jabs at the Prophet as criminally blasphemous. Some scholars even point out that the prophet himself did not retaliate even when subjected to direct physical and verbal attacks.
So where does the confusion arise from? It appears that many Islamic jurists conflated blasphemy and apostasy. As prominent classical and contemporary scholars such as Ibn Taymiyah, Mahmood Shaltut, Mohamed Hashim Kamali and Rabb, among others, have examined the context of the ruling on apostasy and concluded that death was only mandated even in the case of apostasy when it was combined with war against the community. Building on Ibn Taymiyah and Shaltut, Rabb concludes that “…the premodern period was an era in which citizenship was defined by religion. In the worlds of Islam and Christendom alike, to declare allegiance to another religion while continuing to reside in the land where one’s original religion was dominant, was to renounce allegiance to one’s co-religionists in a way tantamount to treason.”
Moreover, Kamali, Chairman of the International Institute of Advanced Islamic Studies, examined the concept of fitnah, a word that appears in both the Quran and the hadith (prophetic tradition) in a variety of contexts and seemingly with various meanings, and its effect on freedom of expression. He found that the dominant meaning of fitnah in the Quran is “seditious speech that attacks a government’s legitimacy and denies believers the right to practice their faith.” Importantly, it is seditious fitnah in the form of political treason, through acts such as attempting to overthrow a leader that was “duly elected and confirmed through the community’s pledge of allegiance (bay’ah),” that according to one hadith, can be punishable by death.
In other words, classical Islamic law interpretations stipulated death as a punishment when apostasy was combined with treason and rebellion against the state, not for blasphemy. Indeed, this later position is more in line with the Quranic message of tolerance (“there is no compulsion in religion“) and freedom of conscience. The Quran further states that had God willed it He could have created all of humanity with the same beliefs. Indeed, as Kamali and others point out, the Quran, prophetic conduct/teachings and the thrust of classical Islamic jurisprudence supports “the vindication of the truth and the protection of human dignity” by guaranteeing the right to freedom of expression. Moreover, during the medieval Islamic period, proving blasphemy required meeting the high evidentiary standards of the rest of Islamic criminal law.
Rabb, for instance, also notes that:

Two Pakistani officials – Salman Taseer (the former governor of Punjab) and Shahbaz Bhatti (former Federal Minister for Minorities) – have been murdered to date for speaking out. Islamic scholars for the most part have been reticent to speak out in any resounding manner due to the potential backlash. Javed Ahmad Ghamidi, a prominent and popular Islamic scholar, who said that the blasphemy laws have no justification in Islam was forced to leave the country in 2011 for his own safety.
This lack of opposition to these outdated and out of context laws and the scapegoating of minorities and dissenters in far too many Muslim nations only sullies Islam and Muslims. It is high time that Islamic scholars internationally speak out against this travesty of Islam.

One thought on “Blasphemy and Islam: a Colonial Legacy”