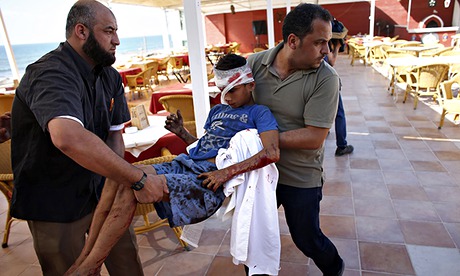 Today an obnoxious blog post showed up in my living room via my Facebook feed. A friend commented on a bit of detritus, and, voila, courtesy of the FB algorithm, there it was, staring me in the face. I see the headline (“I’m Done Apologizing for Israel”) and I try to avert my eyes.  But it’s too late. Somehow, when someone stands on a soapbox in my living room to make provocative statements, I feel compelled to respond.  I can’t help it. Friends don’t always appreciate it. They get all excited because I state a dissenting view when they share on FB; I speak up and they complain “why are you raining on my parade?”  Well, I say, because you are standing on a soapbox in the middle of my living room, that’s why.

Today’s offender does not know me.  He probably means me no harm. Yet, surely by posting on the Internet, he must have known he was acting with reckless disregard that his provocation might show up in my living room and disturb an otherwise perfectly peaceful evening.

He’s a rabbi, this particular offender.  And not just any rabbi, but a rabbi recognized by Newsweek magazine as one of America’s 50 most influential rabbis. He’s from Berkeley; a self-professed “progressive” in favor of gay rights, gun control, pro-choice, and granting refuge to illegal immigrants.  He considers himself a spiritual leader.  So he says, when it comes to Israel, we might expect him to “react to Israel’s military actions in Gaza with scorn and criticism.”

Well, actually no.  Anyone who is awake and paying attention has surely noticed that lefty spiritual leaders in America these days are the most mindless, reactionary apologists for Israel on the planet.  If you haven’t been paying attention, read Peter Beinart’s “The Crisis of Zionism.”  So here’s my first peeve with this rabbi on his soapbox in my living room:  for him to suggest that because he’s a lefty I should expect him to be critical of Israel killing in excess of 630, and injuring in excess of 3,700 Palestinians in 10 days by bombing densely populated areas, means he is implicitly assuming that I’m a moron–that I haven’t been paying attention.

So, no, although annoyed, I am not surprised that this “spiritual leader” is sitting on his soapbox in my living room spouting the standard Israel apologist talking points:  (1) how can you say it’s wrong for Netanyahu to bomb civilians–just look at the anti-Semitic chants at protests in Los Angeles, Paris, Antwerp, and Boston; (2) how can you say Netanyahu is over-reacting when Israel is treating wounded Palestinians in this conflict, when (just in the last 48 hours) Israel has let 10 tons of supplies into Gaza, when Israel has agreed to two humanitarian cease fires while Hamas has rained down rockets on civilians?  How indeed.

For every anti-semitic chant last week in Los Angeles, Paris, Antwerp, and Boston, there have been chants of “death to Arabs” in Jerusalem.  Our “spiritual leader” does not deem this worth mentioning.  Contrary to what our “spiritual leader” says, of course, no Hamas rockets have rained down on civilians:  virtually all rockets have been intercepted by Israel’s Iron Dome (developed with American aid and ingenuity and money, thank you very much) or have fallen on empty fields.  How can we be critical of killing 630 Palestinians and wounding 3,700 when Israel treats some of the wounded?  Really?  Our “spiritual leader” might benefit from reading the Thomas Mann short story Tobias Mindernickel.  It’s about a highly disturbed fellow who mercilessly beats his dog, only to take great pity on him and nurture him lovingly back to health–repeatedly, until the dog finally dies, at which point the man is very sad.

Why do we need to apologize for Israel’s killing of Palestinians, asks the “spiritual leader,” when Hamas is using building materials to build smuggling tunnels instead of schools? Isn’t it o.k. for Israel to kill women and children and old people when Hamas has such obvious disregard for them?  “I am done trying to apologetically explain Jewish morality,” says our spiritual leader. “I am done apologizing for my own Jewish existence.”  He says “I have lost 20 of my sons in the last three days.” He refers to IDF soldiers.  Soldiers who were party to the murder of 630 Palestinians, mostly non-combatant civilians.

This is no spiritual leader, this is one of stout Cortez’s chaplains.