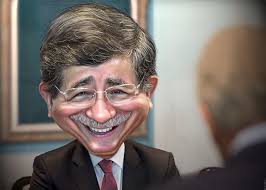 [This post was published in modified form a week ago in Al Jazeera Turka. Since then Binali Yildirim has been selected as the new prime minister of Turkey, reflective of a choice made by President Erdogan. Mr. Yildirim had served for many years in the AKP Government as Minister of Transport, Maritime Affairs, and Communications. He was successful in this post, given credit for the great improvement in the public transport systems in Turkish cities and for modernizing Turkey’s network of inter-city roads and highways.

Yildirim is widely regarded as an Erdogan loyalist with a pragmatic approach to politics. Of course, only the future will allow us to discern whether this shift in governmental leadership exerts a discernible influence on the domestic policy agenda and on the regional and global role of Turkey. Issues to watch closely include the approach taken to Syria and ISIS, and whether possibilities for reconciliation with the Kurdish political movement are explored, or are abruptly rejected.

There are two disturbing developments. The first is the parliamentary move to deprive members of their legislative immunity from criminal prosecution, which was explicitly aimed at Kurdish parliamentarians who are members of the Peoples’ Democratic Party (HDP), and accused of lending support to PKK terrorism.

The other initiative is a call for a constitutional amendment that would end the nonpartisan character of the presidency by allowing the president to be the head of the governing political party, in effect, making Erdogan head of the AKP as well as President of the country. Of course, Erdogan has been indirectly playing this kind of partisan role on a de facto basis, thus the authorization would merely be regularizing a practice that currently violates the spirit, and probably the letter, of the current constitution]

The resignation of Davutoglu seems to be enveloping Turkey in mists of partisan speculation, which opposition forces contend has taken the nation a big step closer to the abyss of autocratic rule. The move does seem clearly dictated by President Recip Tayyip Erdogan’s determined effort to replace the Turkish parliamentary system with a presidential system as legalized through a process constitutional reform.

To some extent the confusion surrounding the departure of Davutoglu’s departure from the heights of governmental rule is a reflection of the public posture adopted by the two leaders. On Erdogan’s side we encounter the assertion that “Prime Minister Davutoglu’s decision will be for the better of Turkey and the nation.” This seems at variance with the spirit, if not letter, of Davutoglu’s stark declaration that his resignation “..is not my wish, but it is a necessity.”

Possibly, the common ground here is the recognition that the AKP (Justice and Development Party) and the governing process need one clear and undisputed leader for policy purposes, and that explains the apparent downgrading of the prime ministerial post as connected to the overt assertion of the univocal primacy of Erdogan’s presidency.

Of course, there are more elaborate speculations and partisan spins, mostly difficult to evaluate, about whether the true explanation of these unsettling events has been friction between these two towering figures who have dominated Turkish politics in the 21stcentury is a matter of substantive disagreement on any number of issues.

Or is this event better explained by reference to the tensions that had developed between Davutoglu and the AKP Parliamentary leadership on more prosaic questions of procedures and appointments. In this latter interpretation, the resignation of Davutoglu, and his replacement by a political figure lacking his international prominence, are enabling Erdogan and the AKP to coordinate their common effort to put the Turkish ship of state in efficient running order from the point of view of the presidency.

While Erdogan portrays this dramatic move as ‘Davutoglu’s decision,’ the opposition, always relentless in their often exaggerated criticisms of AKP governance ever since 2002, describes what has happened as a ‘palace coup.’ Reflecting on such an extreme presentation of Davutoglu’s departure suggests its opportunism. The opposition has long decried Erdogan’s takeover of government, portraying Davutoglu during his 20 months of service as head of government as nothing more than being ‘a shadow prime minister,’ sometimes even portraying him unflatteringly as ‘a puppet.’

And yet, if Erdogan was actually in full control all along, the resignation, whether voluntary or forced, is merely an outward acknowledgement of the de facto hierarchy that had already made the president the supreme leader of the country. Under these circumstances to treat what happened as a coup is deeply misleading as the resignation creates no alteration in the previously operative structure of political power in Ankara. Additionally, Davutoglu with seeming spontaneity indicated that he would never give voice to criticisms of the president, insisting that he leaves office continuing to have a ‘brotherly’ feeling toward Erdogan. This is hardly the language of someone who has been ousted from power as a result of a coup!

What may be really at stake in the course of this reshuffling is streamlining the constitutional restructuring process that seems so high on Erdogan’s agenda. It is to be expected that next prime minister, presumably reflecting Erdogan’s choice, will be a person that possesses sufficient clout with Parliament to push the process through quickly and in accordance with the sort of presidential system that Erdogan favors.

There is some reason to suppose that Davutoglu preferred what might be called ‘a republican presidency’ that sacrifices a measure of executive control for the sake of ‘checks and balances’ and ‘separation of powers[ while Erdogan is insistent upon ‘an imperial presidency’ that allows the president to run the show with minimum interference from other branches of government. Assuming that constitutional reform will bring some variant of the presidential system into being, this choice of model is crucial to the sort of political future that awaits the Turkish people.

It is hard to imagine an imperial presidency, especially with Erdogan at its head, that manifests sensitivity to human rights, including freedom of expression and the human rights of dissenting individuals. The arrest and prosecution of journalists and academicians in recent months even prior to the adoption of a presidential system does seem to vindicate the worst fears about the fate of Turkish democracy.

At the same time maybe the issue is being inflated beyond its true importance. Many informed observers have observed that Erdogan had long since transformed the presidency as set forth in the 1982 Constitution into a vehicle for his unchecked authority. If this is a correct interpretation of the way the Turkish government has been operating in recent years, at least since Erdogan became the first popularly elected president in 2014, then the issue of institutionalization of this style of leadership has mostly to do with the future, and especially with the structure of governance in a post-Erdogan Turkey.

However, if the opposition is exaggerating Erdogan’s curent power and governing style, then it is possible that a new constitution, which requires a two-thirds supermajority in Parliament, will enhance the actual, as well as the legal role of the office of president in Turkey. By placing such stress on this move from a parliamentary to a presidential system Erdogan appears to believe that his role would be solidified as well as legitimated if the sort of constitution that he seeks is properly adopted as a reality. This may be the most consequential question bound up with Davutoglu’s resignation, and yet it is sometimes downplayed because of public fascination with the dramatic interaction of these two Turkish political figures, which pushes to one side the question of restructuring the constitutional architecture of the Turkish government.

Finally, there is the question of foreign relations. The US State Department has formally avowed that Davutoglu’s resignation is an internal Turkish issue lacking any significance for U.S.-Turkish relations. Of greater concern is Turkey’s far more complex relationship with Europe, and particularly the possible impact on Syrian refugee containment, Turkish visa-free travel rights in Schengen Europe, European promises of a fast track approach to Turkish accession negotiations, and European demands that the Turkish anti-terrorism law be amended so that it cannot be used to pursue journalists and professors.

There are also many indications that European leaders were comfortable dealing with Davutoglu on such matters, and are far less willing to cooperate with Erdogan. It also seems that Erdogan on his part is disinclined to satisfy European preconditions for an effective working relationship or speeded up accession talks. At the same time, Turkey and the EU are tied together by the presence of strong interests. 40% of Turkish international trade is with EU countries, and European tourism is a vital source of foreign exchange earnings and sustains the tourist sector in Turkey that was already hurting due to the upsurge of tensions with Russia. Besides, the large Turkish minorities in Germany and elsewhere makes these diplomatic tensions have unsettling domestic ramifications in Europe, including an upsurge in Islamophobia.

It should be realized that these questions arise in an historical context where a series of security concerns pose dangerous challenges to Turkish stability and development. These issues of leadership and constitutional structure, although serious are clearly secondary to the great challenges facing the Turkish nation at this point, above all the renewal of Kurdish civil strife and horrific urban warfare, but also the spillovers from the Syrian civil war in the form of ISIS and refugee flows, as well as tensions with Russia and Iran.

It is to be hoped that people of good will throughout Turkey can find common ground on the urgency of these matters, and not remain distracted by trying to solve the puzzle of the leadership shakeup that has followed Davutoglu’s forced resignation.