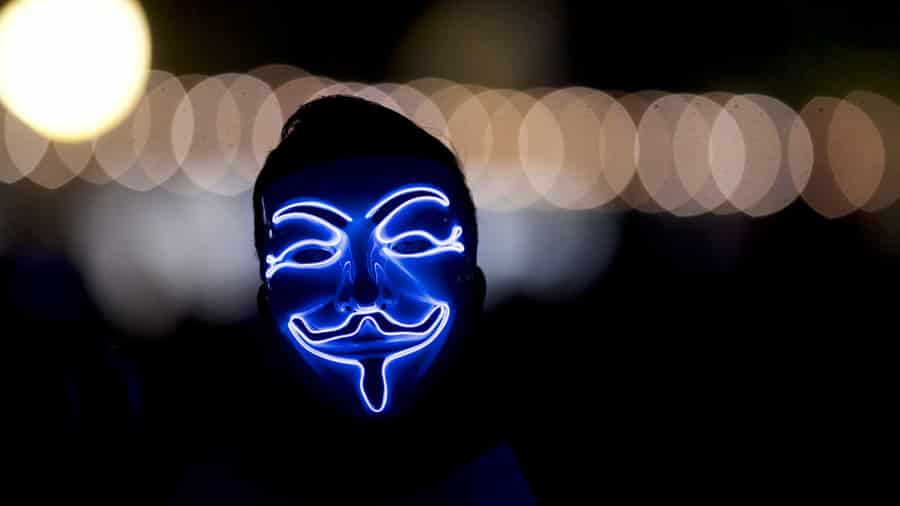 …from Russia Today
[ Editor’s Note: Anonymous breaks a year end story during a sleepy news period. It is, in general, an old one, where pseudo government operatives are infiltrating social media to play-act being the public.
VT began exposing “fake media” five years ago, something we felt was obvious, that the Intel agencies and the endless NGO beards would exploit it to its fullest.
We warned it would be done on an industrial scale, with most of the platforms only too happy to accommodate government intrusion to keep their inflated stock values flying.
The early genesis of all this began with the massive trolling of websites in their comment boards. When I came on to VT, there were not even any logins. We were getting 5000 spams a day, which ran the page hit numbers up, so webmasters did not mind the boost in traffic ratings.
The spam filters caught 90%, but that left 500 to be removed by hand. Gordon was spending three hours a day cleaning the comment boards up. I suggested that was a massive wast of his time, that one hour should be the most, which saved two hours every day for other VT promotion, like doing online talk radio.
He picked up the ball and ran with it and became an instant radio guest hit, especially with Rense, that has lasted to this day. He brought the rest of the VT mainliners in behind him, like yours truly; and that exposure led eventually into the international news Skype clips and features.
The old trolling manipulation jumped a thousand-fold when the partial sentence social platforms emerged. It was trolling on steroids time. I underestimated their impact, as I could not care less what anybody thought about anything if they can only communicate in guttural grunts. I stayed off social media out of fear that my IQ might go down 20 points after a few months.
We knew that with Twitter the “re-twit” numbers could be hyped via bot farms in third world countries after the Zionist West Bank housewives got bored with it all. But the early money was good – $25 an hour for a home-based job.
So it comes as no surprise to me to read that we have evolved to the point where the new spin tactic is to present yourself as a spin exposure group, playing the good guys, which the Intel agencies have jumped all over.
“Social psyopying”, once the national online sport for Israeli Lobby trolls, has gone mainstream. We at VT have just continued to do what we do, while watching the others crash and burn around us. There are not many of us left. Our competition eliminates themselves — something we have never wanted to copy … Jim W. Dean ]
– First published … November 23, 2018 –
Anonymous has published documents which it claims have unearthed a massive UK-led psyop to create a “large-scale information secret service” in Europe – all under the guise of countering “Russian propaganda.”
In a document dump on November 5, the group exposed the UK-based ‘Integrity Initiative’, said to have been established by the ominously titled Institute for Statecraft in 2015.
The main objective is “to provide a coordinated Western response to Russian disinformation and other elements of hybrid warfare.” The Institute for Statecraft is affiliated with the NATO HQ Public Diplomacy Division and the Home Office-funded ‘Prevent’ program, so objectivity is, of course, at the forefront of their work.
Operating on a budget of £1.9 million (US$2.4 million), the secretive Integrity Initiative consists of “clusters” of local politicians, journalists, military personnel, scientists and academics. The team is dedicated to searching for and publishing “evidence” of Russian interference in European affairs, while themselves influencing leadership behind the scenes, the documents claim.
The UK establishment appears to be conducting the very activities of which it and its allies have long-accused the Kremlin, with little or no corroborating evidence. The program also aims to “change attitudes in Russia itself” as well as influencing Russian speakers in the EU and North America, one of the leaked documents states.
At present, the vast network allegedly has clusters for Spain, France, Germany, Italy, Greece, the Netherlands, Lithuania, Norway, Serbia, and Montenegro… but there’s more!
According to the Anonymous leak, major plans to expand the sphere of influence throughout eastern Europe, the US, and Canada, as well as the MENA region, are allegedly underway.
Read more:

The clusters’ work is apparently done under absolute secrecy via concealed contacts embedded throughout British embassies, the leak claims, some of which are listed as part of the documentation.
In the documents, the Integrity Initiative states that sharing analysis of alleged “Russian attacks” (citation needed) with other countries in the network at a governmental level would likely increase international “collaboration and Alliance cohesion.”
The initiative claims it is not a government body, of course, but does work with unnamed British “government agencies.” The initiative has received £168,000 in funding from HQ NATO Public Diplomacy and £250,000 from the US State Department, the documents allege.
Some of its purported members include British MPs and high-profile, “independent” journalists with a penchant for anti-Russian sentiment in their collective online oeuvre, as showcased by a brief glance at their Twitter feeds.
In one particular example given as a case study of the group’s activities, the docs reveal how effective the strategy could be. According to the documents, the ‘Moncloa Campaign’ was carried out by the group’s Spanish cluster to prevent the appointment of Colonel Pedro Banos as director of Spain’s Department of Homeland Security.
And all it took was just a seven-and-a-half hour campaign, kicked off by several high-profile Spanish journalists affiliated with the secretive group.
“The [Spanish] government is preparing to appoint Colonel Banos, known for his pro-Russian and pro-Putin positions in the Syrian and Ukrainian conflicts, as Director of the Department of Homeland Security, a key body located at the Moncloa,” Nacho Torreblanca began in an extensive Twitter thread.
Others joined in. Among them – according to the leaks – academic Miguel Ángel Quintana Paz, who wrote that “Mr. Banos is to geopolitics as a homeopath is to medicine.” Appointing such a figure would be “a shame.”
Spanish media, such as El Pais, then reported on these murmurings. Notably, members of the UK team, like MP Bob Seely, are also listed in the Banos op document. The latter lost out to Miguel Angel Ballesteros.
The case is being highlighted as one of the major examples, but similar operations can be carried out in numerous other EU states, Anonymous warns in their release.
RT.com has contacted the British Foreign Office and Statecraft and is awaiting their response.