Home » Post Page » An Open Letter to Chelsea Manning: A Free Woman in an American Prison 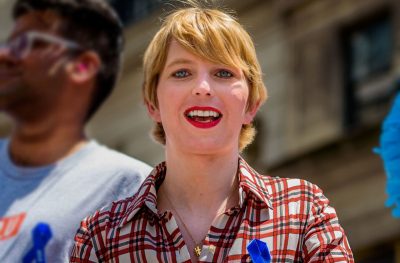 “We are now faced with the fact, my friends, that tomorrow is today. We are confronted with the fierce urgency of now. In this unfolding conundrum of life and history, there is such a thing as being too late. Procrastination is still the thief of time. Life often leaves us standing bare, naked, and dejected with a lost opportunity.” – Rev. Martin Luther King, Jr., “Beyond Vietnam.” Riverside Church, April 4, 1967
***
Dear Chelsea,
Do not lose heart, for as a prisoner of conscience, your inspirational witness sustains so many of your less free brothers and sisters on the outside.  Our hearts and hands reach out to you with love and thanksgiving.  Your courage is contagious, or so I hope, for it resonates in the soul of every person who senses the meaning of the power of individual conscience to oppose state violence and the beauty of those who will not betray a comrade, who will not deliver the Judas kiss demanded by the killers, as you will not betray your brave brother, Julian Assange, also held under lock and key for the “crime” of revealing the truth.
You remind me of another young woman from long ago and far away whose bravery in the face of radical evil is celebrated today as a sign of hope in dark times.  She is Sophie Scholl, the young German college student who, like you, was arrested for releasing documents exposing state atrocities, who, like you, was prompted by a higher power, by her conscience, who, like you, was arrested for releasing documents exposing such crimes against humanity, in her case those of Hitler.
Little seems to change over the years, doesn’t it? The killers go on killing, from Golgotha in ancient Jerusalem to Hitler’s Germany to Vietnam and Iraq and on to Palestine and Syria today.  Why bother with the list.  History is a litany of bloodbaths.  Where does it all go, this blood?  Does the good earth soak it up?
But in all the darkness, certain lonely voices of resistance have kept the lighted chain of faith alive.  You stand in that line, a living embodiment of a faithful non-violent warrior.  So does Julian.
I am writing this epistle to you on 4 April, the day in 1967 that our brother Dr. Martin Luther King stood tall in the pulpit of Riverside Church in New York City and followed his conscience by breaking with those who urged him to ignore the truth eating at his soul.  The truth that he must not remain silent about the U.S. obscene war against Vietnam.  “A time comes when silence is betrayal,” he said.  Then he added:

Why Are Humans Enemies?

The truth of these words is beyond doubt, but the mission to which they call us is a most difficult one. Even when pressed by the demands of inner truth, men do not easily assume the task of opposing their government’s policy, especially in time of war. Nor does the human spirit move without great difficulty against all the apathy of conformist thought within one’s own bosom and in the surrounding world… This I believe to be the privilege and the burden of all of us who deem ourselves bound by allegiances and loyalties which are broader and deeper than nationalism and which go beyond our nation’s self-defined goals and positions.
We are called to speak for the weak, for the voiceless, for the victims of our nation, for those it calls “enemy,” for no document from human hands can make these humans any less our brothers…. A true revolution of values will soon cause us to question the fairness and justice of many of our past and present policies. On the one hand, we are called to play the Good Samaritan on life’s roadside, but that will be only an initial act.
One day we must come to see that the whole Jericho Road must be transformed so that men and women will not be constantly beaten and robbed as they make their journey on life’s highway. True compassion is more than flinging a coin to a beggar. It comes to see that an edifice which produces beggars needs restructuring…. When I speak of love, I am not speaking of some sentimental and weak response. I am not speaking of that force which is just emotional bosh. I am speaking of that force which all of the great religions have seen as the supreme unifying principle of life. Love is somehow the key that unlocks the door which leads to ultimate reality.
This Hindu-Muslim-Christian-Jewish-Buddhist belief about ultimate reality is beautifully summed up in the first epistle of Saint John: “Let us love one another (Yes), for love is God. (Yes) And every one that loveth is born of God and knoweth God. He that loveth not knoweth not God, for God is love. . . . If we love one another, God dwelleth in us and his love is perfected in us.” Let us hope that this spirit will become the order of the day.
Chelsea, you have heeded Dr. King’s message and you have put to shame those of us who profess faith in “the living God” that informed Martin’s call for a non-violent revolution.
You, like Sophie and Julian, have released documents that tell the truth about the savage actions of our government.
You have suffered for us many times over.  You have stood strong and tall, like Jesus in front of Pilate, and you have shown the road we must all travel out of the darkness that threatens to consume us.
You have shown us by your actions “that silence is betrayal” when it comes to one’s government’s immoral and illegal actions.
And you have shown us by your sacred silence in Caesar’s court that is a U.S. grand jury, that your conscience will never allow you to betray another truth-teller.
You are, Chelsea, the embodiment of faith, hope, and courage.
You are America’s conscience.
While you are in prison, none of us is free.
We demand your freedom and that of brother Assange.
Here is a song of love to boost your spirits.  I hope you can hear it.  Maybe I send it to boost my own,  to help me carry on as you have done.  Maybe it will help us all.
You keep teaching us what it means to be free and walk in faith.
Blessings for carrying it on.