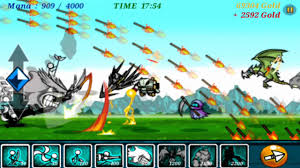 Here’s an unavoidable fact: we are now in a Brexit
world. We are seeing the first signs of a major fragmentation of this planet
that, until recently, the cognoscenti were convinced was globalizing rapidly
and headed for unifications of all sorts. If you want a single figure that catches
the grim spirit of our moment, it’s 65 million. That’s the record-setting
number of people that the Office of the U.N. High Commissioner for Refugees
estimates
were displaced in 2015 by “conflict and persecution,” one of every
113 inhabitants of the planet. That’s more
than were generated in the wake of World War II at a time when significant parts
of the globe had been devastated. Of the 21 million refugees among them, 51%
were children (often separated from their parents and lacking any access to
education). Most of the displaced of 2015 were, in fact, internal refugees,
still in their own often splintered states. Almost half of those who fled across
borders have come from three countries: Syria (4.9 million), Afghanistan (2.7
million), and Somalia (1.1 million).

Despite the headlines about refugees heading for Europe – approximately
a million of them made it there last year (with more dying
on the way) – most of the uprooted who leave their homelands end up in
poor or economically mid-level neighboring lands, with Turkey at 2.5 million
refugees leading the way. In this fashion, the disruption of spreading conflicts
and chaos, especially across the Greater Middle East and Africa, only brings
more conflict and chaos with it wherever those refugees are forced to go.

And keep in mind that, as extreme as that 65 million figure may seem, it undoubtedly
represents the beginning, not the end, of a process. For one thing, it doesn’t
even include the estimated 19
million people displaced last year by extreme weather events and other natural
disasters. Yet in coming decades, the heating of our planet, with attendant
weather extremes (like the present heat
wave in the American
West) and rising
sea levels, will undoubtedly produce its own waves of new refugees, only adding
to both the conflicts and the fragmentation.

As Patrick Cockburn points out today, we have entered “an age of disintegration.”
And he should know. There may be no Western reporter who has covered the grim
dawn of that age in the Greater Middle East and North Africa – from Afghanistan
to Iraq, Syria to Libya – more fully or movingly than he has over this
last decade and a half. His latest book, Chaos
& Caliphate: Jihadis and the West in the Struggle for the Middle East,
gives a vivid taste of his reporting and of a world that is at present cracking
under the pressure of the conflicts he has witnessed. And imagine that so much
of this began, at the bargain-basement…