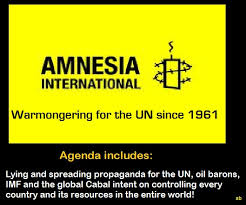 Sent in May 2016 to every household: We have just received from a Arret sur info reader this flyer calling for donations, distributed in letter boxes by Amnesty International.

The flyer leaves no doubt about the outrageous political bias adopted by the NGO from the beginning of the war in Syria.

We denounce this misleading campaign that comes at the detriment of the Syrian people.

The Syrian state is the only secular state in the region, and Amnesty is combatting it, seeking the overthrow of the Assad government. This means imposing on Syrians the destruction of their state, and bringing armed groups, who want to establish an Islamic state, to power, the groups supported by obscurantist regimes like Saudi Arabia, Qatar, and Kuwait. 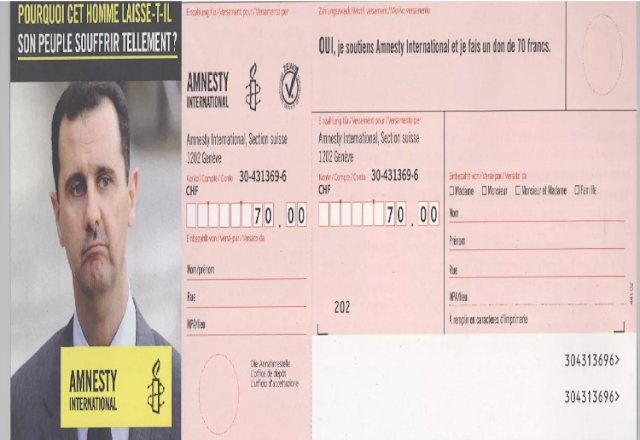