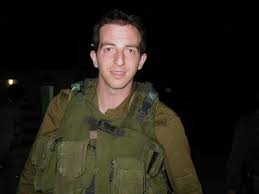 According to the Egyptian authorities, the man they arrested is Ilan Grapel. A person of the same name and personal history gave an interview

The Jewish American citizen arrested in Egypt for suspected espionage is Ilan Grapel, Egyptian media reported Monday. A man of the same name and personal history was interviewed by Haaretz in 2006, after being injured in the Second Lebanon War.

In that interview, 23-year-old Grapel spoke of his decision to immigrate to Israel three years before the war. He studied in Ben Gurion University in Be’er Sheva for one academic year, and during that time he decided to enlist in the Israeli Defense Force.

“I was drafted in March 2005,” Grapel said in the interview while lying in the orthopedic ward of Rambam hospital. He said that he decided to aim for the most combat-oriented unit possible, but despite passing the tests for Sayeret Matkal (the general staff’s elite special-operations force) he was disqualified for his poor Hebrew level. Eventually he enlisted in the paratroopers unit.

The Egyptian authorities announced Sunday that they have arrested suspected spy for Israel. The online Egyptian newspaper “The Seventh Day” posted a few photographs of Grapel, apparently from his own personal camera, in which he is seen in IDF uniform. In the other photographs he is pictured carrying a banner in Tahrir Square, the heart of the Egyptian protest movement that toppled Hosni Mubarak, as well as snapped visiting a mosque and the pyramids.

According to the Egyptian authorities’ statement, released to the press Sunday afternoon, Grapel was arrested in a hotel in central Cairo. It said the intelligence services have been conducting a clandestine investigation and passed their findings to the attorney general’s office. The authorities went on to claim that Grapel had a number of assignments in Egypt, including collecting intelligence during the revolution.

The authorities claim that Grapel attended the major protests and incited demonstrators to violence, in order to provoke a confrontation with the Egyptian military “and spread chaos in the Egyptian public and harm the state’s political, economic and social interests.” They also stated that Grapel was a soldier in the Lebanon war and was wounded in battle.

The attorney’s general’s office ordered Grapel’s arrest for 15 days in order to continue investigating him. Once the investigation is complete, its details are expected to be made public.

Foreign Ministry officials in Jerusalem said Monday that the Egyptian authorities did not report an arrest of an Israeli citizen to the Israeli authorities, and no family member has contacted the ministry’s special situation room.