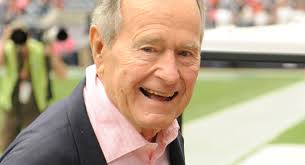 The Road to Iraq and Afghanistan (and now Syria and maybe Iran) started with the invasion of Panama under the direction of George H.W. Bush, the father. The “surgical strike”, designed to remove CIA partner-gone-bad Manual Noriega from office, killed an estimated 10,000 civilians. Deemed a “narco-terrorist,” Noriega was in important banker for the cocaine trade. His country’s banks converted container loads of cash into bank deposits that could be brought back into the US safely (money laundering.)

This involved him in Bush’s Iran-Contra program, a triangular trade which involved selling arms to Iran (for a private profit), importing cocaine into the US (for a private profit) and delivering arms to the Contras (for a private profit.) After the invasion, billions of dollars were removed from the Panamanian banking system by federal mandate, just in time to help bail out the failed S & L industry which collapsed under the weight of corruption and “deregulation.” You couldn’t make up this stuff if you tried.