Home » Post Page » A New African Country: Everything You Need to Know About “eSwatini” 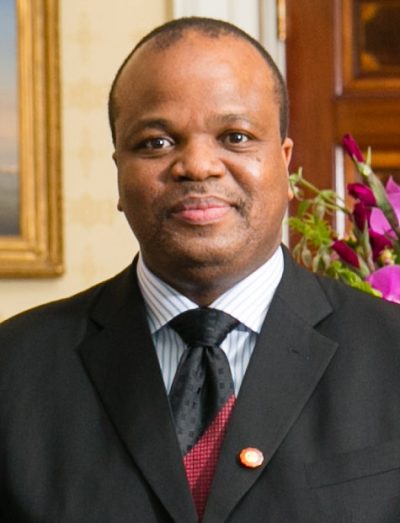 Featured image: King Mswati III (Source: Wikimedia Commons)
The tiny African monarchy formerly known as Swaziland officially changed its name to “eSwatini” earlier this week in order to indigenize its identity and – in the words of King Mswati III – prevent any confusion with Switzerland, and the unexpected attention that this event engendered from the global media has made many people curious about this country and its geostrategic significance.
Swaziland’s King Mswati III declared on Thursday that his country will henceforth be known as “eSwatini”, its name in the indigenous Swati language, which he said would prevent people from confusing it with Switzerland whenever he or his state representatives travel abroad. It’s unclear whether he was just joking about the Switzerland part of his rationale, but the indigenization one used to be a trend in Africa ever since most of the continent gained independence after 1960. In recent years, the African archipelago of Cape Verde officially renamed itself “Cabo Verde”, which means the exact same thing but is just the Portuguese version of its name, while the country popularly known as East Timor has been emphasizing its official name of Timor-Leste lately. What most of the world considers to be the Czech Republic also rechristened itself as the indigenous “Czechia” in early 2016, showing that it’s not just “Global South” countries that have done this .
It’s therefore not unprecedented for something like this to happen, but for reasons speculatively related to the “e” prefix in the new Swati name speciously suggesting “electronic” or something related to the digital age (and thus serving as clickbait), the global media picked up on the story and it made rounds all across the world. This in turn generated a lot of curiosity about a country that most people had never heard of before, and which appears at first glance to be a very unique place given what’s been reported about it in the accompanying news blurbs. Absolute monarchies like the one in eSwatini are very rare nowadays, and the global public’s interest is also somewhat piqued whenever discussing small states such as this one which is on par with Qatar or the US state of Connecticut in size and located right between its much more geographically larger and well-known neighbors of South Africa and Mozambique.
Demystifying The Myth Behind The Monarchy
HIV And Poverty:
eSwatini might seem like a “quaint” and “traditional” place to the casual information consumer, but those who do a bit of digging to learn more about it might be surprised at what they discover. Late last month the country’s Border Determination Special Committee announced that it has the right to claim some of its neighbors’ territory due to the unfair colonial-era delineation that took place under heavy British pressure, dramatically threatening that this could even include South Africa’s administrative capital of Pretoria. eSwatini, however, is a mostly powerless country with no serious military capabilities to speak of, so the news was largely met with amusement by regional commentators and attributed to the tiny country “overcompensating” for its small size with loud rhetoric designed for domestic consumption. eSwatini’s 1,3 million people are mostly impoverished and have the world’s highest rate of HIV infections, so the government obviously has an interest in distracting them from their misery with fantasies of regional grandeur.
Luxury For The Elite: There are even more cynical reasons behind its territorial claims and national renaming as well, since King Mswati III lives a life of luxury that reportedly includes fleets of BMWs (which his government expectedly denies) and opulent palaces for each of his 15 wives. The King receives a quarter of all the country’s mineral revenue and is suspected of using some of these funds to pay for his two private jets. It’s little wonder then that eSwatini is regarded as being the most unequal country in the world, an academic observation that’s actually a fact of life for most of its inhabitants. Adding fuel to the fire of what must surely be the already existing discontent of the over 70% of the population that must rely on subsistence farming to survive, it was reported that eSwatini was subsidizing the King’s 50th birthday party (which occurs on the year of the country’s 50th independence anniversary from the UK) with money from the Swaziland National Provident Fund (SNPF) that’s supposed to be used to help sick, disabled, and retired citizens.
Expensive Ceremonies: Swaziland, or eSwatini, is located in southeastern Africa, between South Africa and Mozambique
This indirectly protects the interests of the US, India, and Taiwan and might at first seem to be glaringly at odds with Russia’s own global ones, but the fact is that Moscow is masterfully trying to maintain a geopolitical “balance” all across the world per the vision of its foreign policy “progressives” and the tiny state of eSwatini has an outsized role to play in Southeastern Africa. Russia wants to proactively avoid a strategic overreliance on China in the future, and to this end it has a grand strategic interest in cooperating with the Indo-Japanese AAGC in spite of these two Great Powers more or less behaving as the US’ “Lead From Behind” allies in “containing” China. The People’s Republic has a reputation – whether rightly deserved or not – of refusing to provide its partners with market access to countries that China has a strong economic presence in, and Russia is aware that it cannot depend on China to “open up” any doors for it in Africa, though India is a whole other story.
Russia craves a prestigious return to Africa that would mark its evolution from a Eurasian power to a hemispheric one and thenceforth eventually a global one, and it knows that India is seeking partners to assist with its AAGC, to which end it might be interested in cooperating with Russia. With the “win-win” mantra in mind, the provisioning of Russian security assistance to eSwatini could be interpreted as reinforcing a government that’s earned a reputation for being “anti-Chinese” and is rapidly entering into the Indian “sphere of influence”, thus proving the concept that Russia can provide something of value to India and is therefore a worthy AAGC partner for joint projects in much more geostrategically important states along the East African Rimland. To be fair, Russia’s military “balancing” role could also assist Chinese interests as well, but Moscow would have to be incentivized by receiving something of tangible economic benefit from Beijing along this part of the New Silk Road in return, which might eventually be forthcoming if China sees how “effective” this quid-pro-quo works for India.
Concluding Thoughts
The seemingly insignificant name change of a small African country surprisingly caught the attention of the global media, but few analysts have committed the time necessary to explain anything about this country’s geostrategic importance in counteracting the superficial description that most articles have provided about the state formerly known as Swaziland. While not much more than a tiny landlocked speck on the map bedeviled by poverty and AIDS, what is now officially referred to as eSwatini has a much more symbolic standing in regional affairs than one might initially think, since its interesting international partnerships with Russia, the US, India, and Taiwan give one pause to think about how and why Moscow was able to establish military influence in a state that’s so solidly in the Western orbit. One possible explanation is that Russia hopes to leverage its security assistance to this anti-Chinese country in a way that could demonstrate its strategic “balancing” value to India elsewhere in the continent and therefore earn Moscow a role along the Indo-Japanese “Asia-Africa Growth Corridor”.
For as deplorable as the socio-economic and political situation may be in eSwatini, Russia – just like all Great Powers – is less interested in advancing “morals, ethics, or principles” in its interactions with its internationally recognized and legitimate government than it is in furthering its own interests per the Neo-Realist “19th-Century Great Power Chessboard” paradigm that’s guiding its decisions. In this instance, it’s extremely unlikely that Russia will be “called out” by the US because America is doing the exact same thing in its engagement with the Southeast African kingdom, so Washington would basically be “cutting its nose to spite its face” if it were to do so. Furthermore, contrary to decades’ worth of sloganeering, the US doesn’t really care about “human rights” and “democracy” except when these two emotive arguments can be exploited to “justify” a preplanned policy decision. The importance of all the aforementioned is to show that the “eccentricities” of eSwatini’s ruler will be tolerated by all Great Powers except perhaps China so long as they have something to gain from doing so.