9/11 Suspect Was Detained and Taped in Morocco

WASHINGTON — A Yemeni man implicated in the Sept. 11 attacks was secretly detained in Morocco after Central Intelligence Agency operatives took him there in 2002, officials said Tuesday. 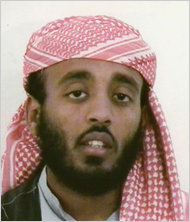 Ramzi bin al-Shibh’s interrogation sessions in Morocco were videotaped and given to the C.I.A.

While the man, Ramzi bin al-Shibh, was detained in a prison near Rabat, Moroccan officials videotaped several of his interrogation sessions and gave the recordings to the C.I.A., the American officials said.
The new details about Mr. bin al-Shibh’s detention, first reported Tuesday by The Associated Press, shed light on Morocco’s role as a holding site for suspected members of Al Qaeda captured by the United States.
The existence of the tapes of his interrogations was revealed in 2007 in a filing to a federal judge, although Mr. bin al-Shibh’s name had been redacted from the documents at that time.
The Associated Press reported on Tuesday that the recordings of Mr. bin al-Shibh, two videotapes and one audiotape, were found in 2007 under a desk at the C.I.A. The 2007 court filing said that the tapes had been found separately.
Mr. bin al-Shibh, who was captured in Pakistan in 2002 by American and Pakistani operatives, has long been said by American officials to have played a central role in the planning of the Sept. 11 attacks. Since September 2006, he has been held at the American military prison at Guantánamo Bay, Cuba.
The C.I.A. began building a prison in Morocco in 2003, but it is unclear whether any detainees were kept there.
A federal prosecutor is investigating the 2005 destruction of dozens of videotapes of brutal interrogations of two Qaeda detainees. American officials said the tapes of Mr. bin al-Shibh do not depict harsh interrogation techniques.
Paul Gimigliano, a C.I.A. spokesman, declined to provide details about the tapes, but said that the C.I.A. detention program “has been the subject of multiple reviews” and that the agency’s cooperation with the inquiries continues.
One other suspect apprehended in Pakistan in July 2002, Binyam Mohamed, was transported by American intelligence officers to a Morocco prison, where he spent 18 months.
He said he was severely beaten by Moroccan interrogators.
See: www.nytime.com