3,000 US troops headed to Afghanistan—to die for Israel

Donald Trump (2013): “Do not allow our very stupid leaders to sign a deal that keeps us in Afghanistan through 2024—with all costs by U.S.A. MAKE AMERICA GREAT!” 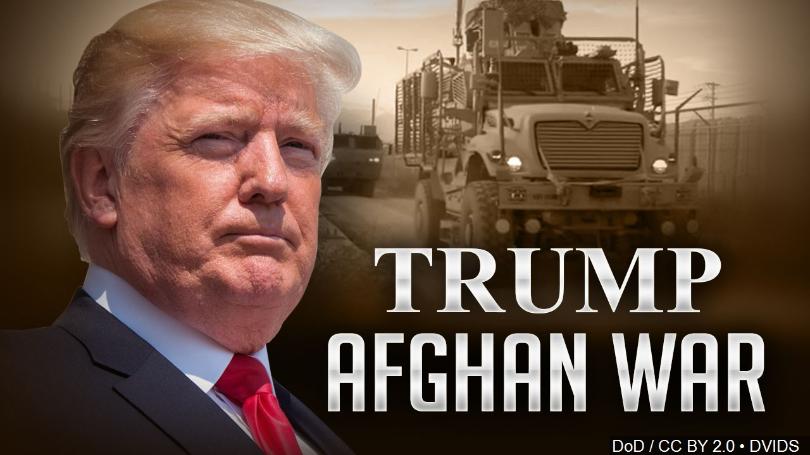 Donald Trump hasn’t learned a damn thing about the past. And here we are talking about recent history, specifically the recent wars in the Middle East. He knows what happened when Bush sent thousands upon thousands of American soldiers in places like Iraq to die for Israel.

In addition, a debt ceiling was rising every six months or so.[6] The US national debt had reached $16 trillion by the end of 2012.[7] Because of this wrecked economy, suicides in America’s civilian population have increased at an alarming rate as well.[8]

And if you are a student trying to get a decent education in order to get out of this economic sinkhole, the government is going to profit from your student loan. It was reported that the government made a profit of $51 billion in 2013 off student loans.[9]

So, what is the Pentagon’s solution to all of this? Well, they decide to send more troops to Afghanistan. Get this:

“US Defense Secretary James Mattis confirmed that over 3,000 new US troops will be headed to Afghanistan as part of President Donald Trump’s new strategy to win the war that has dragged on for almost 16 years.”[10]

3,000 new US troops in Afghanistan will help win the war “that has dragged on for almost 16 years”? Isn’t that worse than stupid? And who are those puppets fooling this time? “Russian Foreign Minister Sergey Lavrov described the new strategy as a ‘dead end,’ while Pakistan and China were critical of Washington’s approach, noting there was ‘no military solution’ to the situation in Afghanistan.”[11]

No politician has been able to tell the American people why more US troops need to die in Afghanistan—for Israel. Keep also in mind that Trump himself railed against US troop engagement in Afghanistan long before became president. Here is what Trump said back in 2012: “Afghanistan is a complete waste. Time to come home!”

In March of the following year, Trump tweeted that U.S. troops “should leave Afghanistan immediately. No more wasted lives.” In January of the same year, he declared: “Let’s get out of Afghanistan. Our troops are being killed by the Afghanis we train and we wasted billions there. Nonsense! Rebuild the USA.” Trump again couldn’t resist stating:

“I agree with Pres. Obama on Afghanistan. We should have a speedy withdrawal. Why should we keep wasting our money—rebuild the U.S.! We have wasted an enormous amount of blood and treasure in Afghanistan. Their government has zero appreciation. Let’s get out!”

“Do not allow our very stupid leaders to sign a deal that keeps us in Afghanistan through 2024—with all costs by U.S.A. MAKE AMERICA GREAT!”

So, why can’t Trump look at himself in the mirror and simply ask himself basic questions about perpetual wars? Why can’t he give the American people a solid foreign policy? He obviously has the answers to these questions, but he will never flesh them out to the American people because Israel is the only reason America is still finding monsters to kill in the Middle East. As Jim W. Dean has recently put it:

“Trump has obviously made a deal with Netanyahu and Saudi Arabia, with their Syrian plans failing, that he would try to make it up to them by sticking it to Iran with more sanctions.”

Trump is causing trouble in the Middle East because the Israeli regime tells him what to do. If fighting terrorism was his main goal, he would almost certainly go after terrorist states like Saudi Arabia, which destroyed Yemen and imposed a blockade on Qatar.[12]