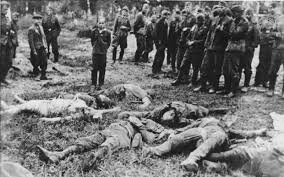 On September 26 1980, 12 innocent bystanders and the perpetrator, Gundolf Köhler, were killed in the most serious right-wing attack in post-war German history. Over 200 were injured, some seriously.

At the time, the investigators and secret service drew a veil over the background to the attacks and those responsible. Although evidence and witnesses pointed to the involvement of state bodies and neo-Nazi terrorist groups, the authorities soon settled on a narrative that Köhler was the sole perpetrator. The state attorney halted any investigations two years after the attack.

It was only thanks to the initiative of journalist Ulrich Chaussy and the victims’ attorney Werner Dietrich that the attorney general was forced to take up the case again at the end of 2014. In February 2015, they demanded the Secret Service and Foreign Intelligence Agency (BND) look through their files covering the Oktoberfest bombing and the right-wing scene at the time and make the relevant files available.

The state attorney in Karslruhe sent the two agencies a long list, which included the following search terms, among others: Von Karlheinz Hoffmann (the paramilitary group the culprit Gundolf Köhler trained in) and Heinz Lembke (the neo-Nazi who was suspected of providing the explosives for the attack).

But the prosecutors are still waiting. The BND has since provided a few files; however, they are redacted. The Secret Service, which possesses far more files regarding the Oktoberfest attack, the culprit’s background and the neo-Nazi organisations of the time, is keeping these under lock and key.

This was revealed in an answer to a parliamentary question lodged by Left Party deputy Martina Renner. The Karlsruhe state attorney has been waiting for 15 months. The Secret Service has justified the long wait by saying that it involved “a very extensive trawl through the evidence.” However, the Secret Service and the government were close to completion of their review, it was said.

Given the previous practice and methods of the Secret Service, it is to be suspected that the time is being used in order to “clean” the files, or even to destroy them. For example, following the uncovering of the far-right terrorist group Nation Socialist Underground (NSU), numerous files were shredded.

There are numerous clues pointing to the links between the Secret Service, Köhler and the “Wehrsportgruppe Hoffmann” paramilitary group. In his updated book, Oktoberfest—the attack: How the cover up of right-wing terror began, Ulrich Chaussy describes how the authorities were not willing to carry out investigations into the right-wing scene after the assassination and even sabotaged such efforts. The penetration of the right-wing terrorist groups of that time, especially the “Wehrsportgruppe Hoffmann,” by the secret service agencies is still being kept secret. In his book, Chaussy draws several parallels to the murders carried out by the NSU.

For example, the authorities dismissed confessions by two members of Wehrsportgruppe Hoffmann. The statement “that was us,” by Walter Ulrich Behle, an undercover agent for the North Rhine-Westphalia state secret service, was described as “alcohol-induced bragging.” And the statement of Stefan Wagner, who said while on the run from the police, “I was part of the action against the Oktoberfest,” was supposed to have been false. The state attorney claims Wagner had had an ironclad alibi for the day of the attack, while in his book, Chaussy cites a high-ranking Federal Criminal Agency officer saying, “Stefan Wagner’s alibi was never checked out on tactical grounds.”

Heinz Lembke, a right-wing radical who had accumulated huge caches of secret weapons and explosives, and was suspected of having supplied the explosives for the attack, was never examined in more detail as part of the investigation into the Oktoberfest bombing. He was arrested only a year after the attack, when one of his weapons caches was discovered accidentally. In early November 1981, a day before he was to testify before the public prosecutor, he was found hanged in his cell. His file contains the restrictive notice: “only partially admissible in court,” which suggests the activities of an undercover operative.

Given the close relations between the secret services and the neo-Nazi scene in Germany, the federal government and intelligence agencies have withheld background information about the Oktoberfest bombing for decades. The government has repeatedly refused to answer questions in parliament from the Greens and the Left Party. Real names are generally kept secret.

On April 7, 2015, the parliamentary justice secretary, Christian Lange, said on behalf of Justice Minister Heiko Maas (both from the Social Democratic Party), in response to an inquiry by the Greens, that the government had again come to the conclusion that “questions about the operation of undercover sources and agents—the function of people—even if it concerns long-past operations, cannot be answered to protect the operation of the intelligence services.”

Parliament’s right to information finds its limits “in the best interests of the nation or a federal state, which could be compromised by the disclosure of confidential information.” In this way, the Justice Ministry places the interests of the state and its intelligence agencies higher than the rights of parliament and the public interest.

Both the Green and Left Party parliamentary groups lodged a constitutional challenge to the Supreme Court, submitted in May 2015, to force the government to answer their questions. A decision is still pending.