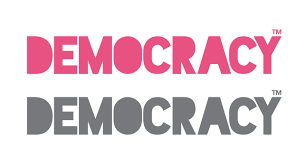 “Democracy must be something more than two wolves and a sheep voting on what to have for dinner.” –James Bovard, Civil Libertarian (1994)

Our founding fathers gave us a Constitutional Republic, not a Democracy. The following story explains just what brilliant men they were to recognize the difference between a Democracy and a Republic.

If you revisit the article I wrote called “What Is Capitalism?” you will find the definition of a Constitutional Republic which functions under a Constitution from which the rule of law flows telling society and government what the rules are – especially the restrictions placed on government. The people elect members from the public to represent them in Congress to uphold the law of the land as stated in the Constitution and to pass legislation in compliance with it.

I don’t know about you, but nothing bothers me more than hearing people who should know better refer to America as a “Democracy.” It is a Constitutional Republic – or, it may be a corporation in which only the Uniform Commercial Code provides law. Either way, it is not a Democracy! We may utilize the (manipulated) Democratic voting process to elect politicians to represent the people, but that does not make us a Democracy.

Well, maybe one thing bothers me more than hearing people refer to us as a Democracy and that is when politicians are elected and forget that to get into office they took an Oath to protect and defend the Constitution of the United States from all enemies… internal or external.

In a Democracy, all eligible citizens participate in their government equally – that doesn’t mean they are all considered equal, only that they participate in government equally. In Greek, “democracy” translates to “rule of the people.” That sounds like America, right? If all one focuses on is the people’s ability to oust leaders without the need for a revolution, the word “democracy” sounds like it fits what we do in America. But there is a huge difference between a Constitutional Republic that utilizes the democratic voting process and a Democracy.

Throughout history (both ancient and modern), Democracies were (and are) very much like an oligarchy. Perhaps that is one reason our politicians today cannot seem to find the words “Constitutional Republic” in their computers or what passes for their brains and instead use the word “Democracy.” It’s pretty apparent that the powers that be (TPTB), our elected officials in the District of Criminals, are working their way towards oligarchic control wherein there is an elite class and a labor class (but no middle class) and everything is controlled by the elites.

To be sure, there are on this rather substantial list three nations that call themselves Democratic Republics but are listed as either a Republic (Georgia) or Parliamentary Republic (Azerbaijan and Armenia). Not a very good score for successful “Democratic Republics,” is it?

A Scottish history professor at the University of Edinburgh researched the subject thoroughly and said so in 1787… you may even have received an email about it. The email has some errors in it, but it has for years been sent far and wide and does get the basic message across pretty accurately. Since I first wrote about it in 2004, I’ve received the same email at least a dozen times. You may have, too.

According to the Internet and these numerous emails that have gone out relaying the story about Democracy, the Scottish history professor is named Alexander Tyler. According to the University of Edinburgh (where he taught), his name is Alexander Tytler. Over 10 years ago, I contacted the University of Edinburgh to check. His name is not Tyler; it is TYTLER.

Professor Tytler said: “A democracy is always temporary in nature. It simply cannot exist as a permanent form of government.

“A democracy will continue to exist up until the time that voters discover they can vote themselves generous gifts from the public treasury. From that moment on, the majority always votes for the candidates who promise the most benefits from the public treasury. The result is that every democracy will finally collapse over loose fiscal policy (which is) always followed by a dictatorship.”

Isn’t that where we are now? Ben Franklin said in answer to a question about what form of government the founders had given us, “A Constitutional Republic, if you can keep it.” We didn’t keep it. We gave it away like yesterday’s garbage.

Now you see why I started this article out with the quote “Democracy must be something more than two wolves and a sheep voting on what to have for dinner.” That is probably the simplest, shortest definition of a Democracy ever written. The above paragraph quoting Tytler also explains why the list of Democratic Republics has so many Marxist-Lenninist socialist governments versus only three that categorize themselves as “Republics.” As Professor Tytler says in the above paragraph, “…loose fiscal policy is always followed by a dictatorship.”

The year of Professor Tytler, 1787, was the time our forefathers and the thirteen states they represented wrote and adopted our Constitution and Bill of Rights. Did Professor Tytler influence their thinking as it relates to whether we should be a Democracy or a Constitutional Republic… as Adam Smith’s definition of capitalism influenced their choice of what philosophy would drive the American economy? There is no way to know.

The good professor further said “The average age of the world’s greatest civilizations from the beginning of history, has been about 200 years. During those 200 years, these nations always progressed through”… the following cycles:

Do the cycles sound as familiar to you as they do to me?

There is no doubt that most of the Americans who settled our nation were running from servitude to various European royal houses. From the records kept of the abiding faith of our founding fathers, there is no doubt they moved from bondage to spiritual faith and from there to great courage. Those without courage do not attack the greatest army of the 18th century.

Our founding fathers had to have very strong beliefs. Look what happened to them:

Twelve had their homes ransacked and burned. Two lost their sons serving in the Revolutionary Army; another had two sons captured.

Nine of the 56 fought and died from wounds or hardships of the Revolutionary War.

Twenty-four were lawyers and jurists. (Would these men be sick over what has happened to their professions?)

Eleven were merchants, nine were farmers and large plantation owners; men of means, well-educated, but they signed the Declaration of Independence knowing full well that the penalty would be death if they were captured.

Carter Braxton of Virginia, a wealthy planter and trader, saw his ships swept from the seas by the British Navy. He sold his home and properties to pay his debts, and died in rags.

Thomas McKeam was so hounded by the British that he was forced to move his family, almost constantly. He served in the Congress without pay, and his family was kept in hiding. His possessions were taken from him, and poverty was his reward.

At the battle of Yorktown, Thomas Nelson, Jr. noted that the British General Cornwallis had taken over the Nelson home for his headquarters. He quietly urged General George Washington to open fire. The home was destroyed, and Nelson died bankrupt.

Francis Lewis had his home and properties destroyed. The enemy jailed his wife, and she died within a few months.

John Hart was driven from his wife’s bedside as she was dying. Their 13 children fled for their lives. His fields and his gristmill were laid to waste. For more than a year he lived in forests and caves, returning home to find his wife dead and his children vanished.

There is also no doubt we progressed from their courage to liberty and from that liberty came abundance.

In today’s America, it does not take much imagination to identify the abundance to complacency cycle, does it? It was the complacency of citizens that trusted their government too much – the 1940s through 60s generations — that allowed it to grow to serve itself rather than the people who pay for it. Generations that followed ours were too dumbed-down by the government education – indoctrination – system to realize their freedoms were being stolen, one at a time.

We were blind to the dangers. We trusted too much people who sought power for its own sake – in growing, giant corporations as well as government. We didn’t understand the “power corrupts, absolute power corrupts absolutely” concept. We erred in our misplaced faith and small groups of deviates established their power bases within our once great nation and took us over.

The number of people who do not vote or just do not want to be bothered with the process of choosing candidates who serve the people rather than their political party is evidence of the move from complacency to apathy. Too, people become apathetic when they experience changes they do not want imposed by a government they cannot control. As the tyranny of a government gone bad begins, fear tends to paralyze most of the people being governed – or, better said, ruled.

Do average Americans want illegal immigrants legalized or do they want amnesty? No.

Do average Americans want the current spate/epidemic of “children” who the CROO (current resident of the Oval Office) invited to violate our immigration laws and enter the United States illegally? No.

Do average Americans realize that all the House of Representatives (controlled by the Republicans) has to do to stop the invasion taking place on our border with Mexico is to cut off the funding to the nations making it possible for them to come? Probably not.

A lot of people prefer to think of problems rather than solutions to them.

Did average Americans want NAFTA or CAFTA – put in place as an introduction to the North American Union — (both of which can also be shut down to turn off the illegal immigration spigot)? No.

There are a lot of “but we don’t want it” programs on the list. So it becomes clear that the elitists of our nation are running things, not the people. That is typical of Democracies… so no wonder our elected officials use that word rather than the correct “Constitutional Republic.”

We only need to look at government-controlled programs and the number of people dependent upon them — Social Security, welfare, Medicare, Medicaid, ObamaCare, government school systems/indoctrination centers — to know a majority are dependent on government for their daily existence. This is the group that elected the CROO.  I don’t refer to Social Security or military retirement and medical benefits as “welfare” because they have been paid for and earned. Nevertheless, they are programs on which millions of people are dependent for survival. When you need government to survive, people often fear taking a stand against the most tyrannical of governments.

If Professor Tytler’s thesis is correct, the next stage for America is a return to bondage.

Some people think we are already there. In fact, we have gone far enough down the road to government dependency it seems to me the only way to save ourselves from Tytler’s predicted destiny is go back to spiritual faith and courage.

Our founders had a place to run from tyranny. They named it America. They were lucky… even with all of the disasters that befell them, they were lucky. We have no place to run. We either have to be much smarter than those who are making slaves of us and beat them at their own game; or, we need to fight in a way that doesn’t give them the tool they need to declare martial law (hello, FEMA camps if that happens); or we need to accept slavery as a way of life for ourselves and our progeny.